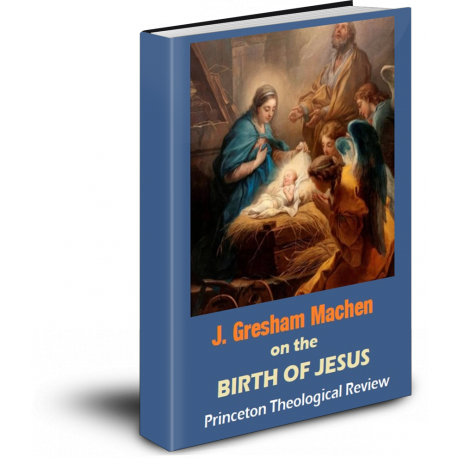 J. Gresham Machen on the Birth of Jesus

Here we have seven critical studies and lectures given by J. Gresham Machen, a leading figure of Evangelical (Reformed) Theology in the early 20th century, and stalwart defender of traditional-conservative orthodoxy against the more radical biblical criticism and theological "liberalism" of the period. Machen was Professor of New Testament at Princeton Seminary from 1906 to 1929 and subsequently helped found the Westminster Theological Seminary in Philadelphia. Machen also took a leading role in the formation of the Orthodox Presbyterian Church. All through the years, in his many writings, as well through sermons and lectures, he remained a defender of the traditional-conservative view in the so-called "Fundamentalist-Mondernist" debates, a pioneer of modern Protestant apologetics, and was a keen advocate of Christian education and missions. He also authored a popular introduction to New Testament Greek which is still used today. The six articles from the Princeton Theological Review (1905-27), included here, would form the basis for his book on the Virgin Birth (1930).

NOTE: This title is included in the product Three Classic Studies on the Birth of Jesus, as well as Biblesoft's Christmas Study Package.