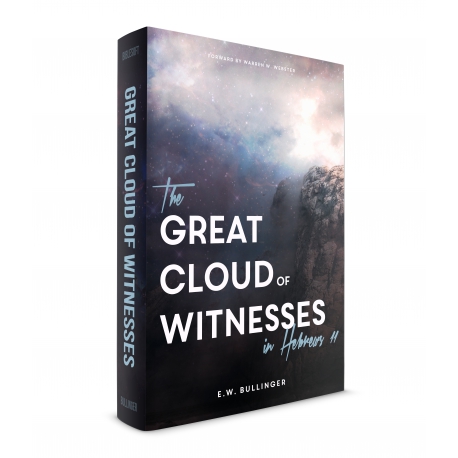 The Great Cloud of Witnesses (Exposition of Hebrews 11)

A classic exposition that includes an examination of the great heroes of the faith. Full of rich, practical applications.

Great Cloud of Witnesses is a classic exposition that includes an examination of the great heroes of the faith. Full of rich, practical applications. In this excellent and truly classic exegetical study, distinguished scholar E. W. Bullinger examines great heroes of the faith: Noah, Abraham, Sarah, Isaac, Jacob, Moses, and many others. Their shining examples show believers today how faith can be lived daily and purposefully. In Great Cloud of Witnesses, Bullinger provides a trustworthy and encouraging read that will strengthen the minds and hearts of preachers and followers alike. Through these expositional and devotional lessons, Bullinger introduces fourteen practical elements of faith, including walk with God, worship, witness, obedience, and suffering.

“I know of no other book on Hebrews 11 in the English language that contains more solid spiritual teaching and practical truth than this one. Far from being an ‘ivory tower’ commentary, this book touches life and makes living by faith an exciting and practical experience.”

— from the foreword of Great Cloud of Witnesses by Warren W. Wiersbe

“An extensive expository treatment. . . . Preachers will find these studies helpful.”