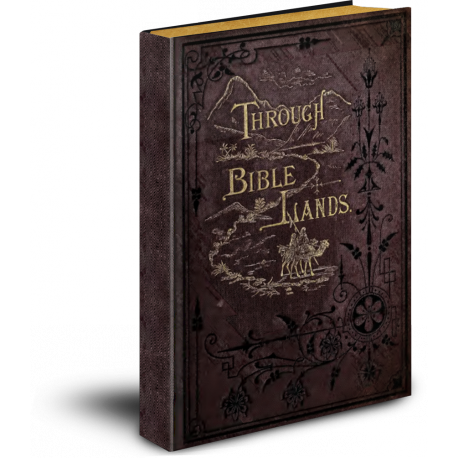 Through Bible Lands, by Philip Schaff

An entertaining and informative survey of Philip Schaff's travels through the world of the Bible—Egypt, Sinai and Palestine—with detailed illustrations and maps.

In 1877, Church historian, scholar and author Philip Schaff (1819-1893) went on a lengthy travel tour which included key areas of the Near East, or the World of the Bible—Egypt, Sinai, Palestine and Syria. Along the way, he was inspired to record notes of his journeys, which formed the basis for his book Through Bible Lands: Notes of Travel in Egypt, the Desert and Palestine (1878). The object of the book was to give readers "a clear idea of the actual condition and prospects" of the Near East, the lands of the Bible, at the time. While obviously dated, it provides a valuable snapshot of conditions in the late 19th century. Much of the geographical and natural data, of course, remains little changed, and continues to give useful insight to the Scriptural narratives. It is also written in a most engaging style, as is typical of all of Schaff's work.

The original print edition included more than thirty detailed illustrations, along with several maps. These are part of our electronic edition, but we have also taken the larger illustrations and made them available as a topically keyed Image set which can be accessed under Media/Photos in PC Study Bible.

NOTE: This title may also be purchased in a bundle paired with Schaff's Dictionary of the Bible.