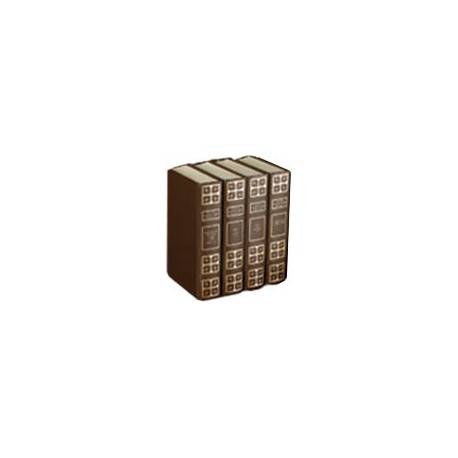 One of the most influential bible scholars of all time, John Calvin, although controversial, is a force to be reckoned with. His commentaries reflect an incredible command of the Scriptures, as he sought to integrate the entirety of its teaching by combining a solid exegetical method with a pastoral insight that is often neglected in commentaries today.

Calvin strikes a balance between passion and restraint, often infusing his writing with a distinct quality of controlled intensity. Scholars now recognize Calvin as above all else a teacher. He sought to open the Word of God in scripture to the common people from whom, he believed, the Bible had been withheld by the scholastics, monks and priests of the Roman church. By recapturing scripture's simple, genuine and natural sense, Calvin returned scripture to its rightful place in the church. His sole object as a teacher was "to lay down a pathway to the reading of sacred Scripture for the simple and uneducated."

Here is a sample excerpt from Calvin's commentary on Romans 8:35:

35. Who shall separate us, etc… The conviction of safety is now more widely extended, even to lower things; for he who is persuaded of God's kindness towards him, is able to stand firm in the heaviest afflictions. These usually harass men in no small degree, and for various reasons, - because they interpret them as tokens of God's wrath, or think themselves forsaken by God, or see no end to them… But the import of the words is, - that whatever happens, we ought to stand firm in this faith, - that God, who once in his love embraced us, never ceases to care for us. For he does not simply say that there is nothing which can tear God away from his love to us; but he means, that the knowledge and lively sense of the love…, that it always shines in the darkness of afflictions: for as clouds, thought they obscure the clear brightness of the sun, do not yet wholly deprive us of its light; so God, in adversities, send forth through the darkness the rays of his favour, lest temptations should overwhelm us with despair; nay, our faith, supported by God's promises as by wings, makes its way upward to heaven through all intervening obstacles.