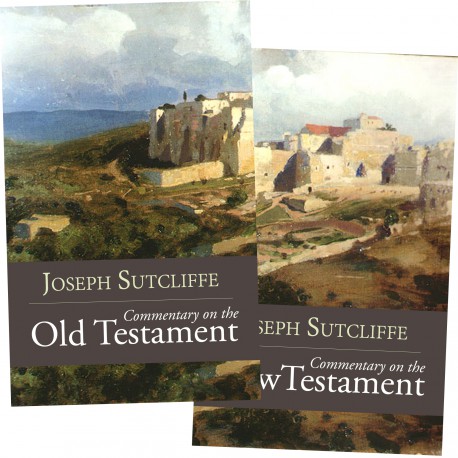 Commentary on the Old and New Testament by Joseph Sutcliffe

Joseph Sutcliffe's well-rounded and popular Commentary on the Old and New Testament, from a leading Wesleyan minister.

A culmination of 40 years of ministry, this Commentary on the Old and New Testament is sure to be a valued addition to your PC Study Bible library. This commentary is mostly expositional with some exegetical comments and Hebrew/Greek analysis.

About Joseph Sutcliffe
Joseph Sutcliffe, M.A., an English Wesleyan minister, was born at Baildon, Yorkshire. He was converted in early life and became a circuit riding preacher at age 24.

He was appointed by John Wesley to Redruth in 1786. Sutcliffe introduced Methodism into the Scilly Isles in 1788, and spent the last twenty years of his life in retirement in London, where he died May 14, 1856 at age 94.

His course was one of "unspotted Christian purity and progressive excellence. In Biblical scholarship he especially excelled." He was an indefatigable writer, publishing in all thirty-two works on religious subjects, the chief being this Commentary.