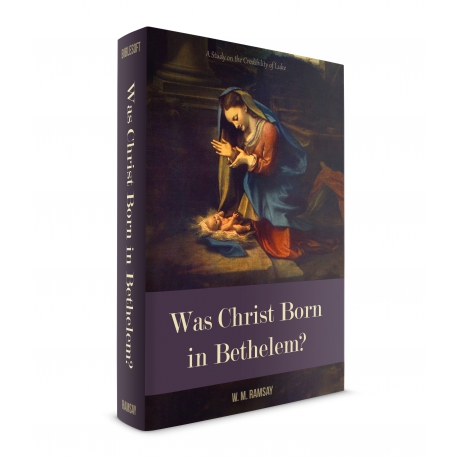 Was Christ Born in Bethlehem?

This book by noted British scholar and archaeologist Sir William Mitchell Ramsay, defends the historical and biblical record of Christ’s birth in the gospel of Luke.  Liberal Bible scholarship had cast doubts on the birth narrative of Christ as it had on many of the recorded events of the New Testament and Ramsay had answers from his scholarly and archaeological research.

Ramsay was an Oxford professor and was one of the first members of the British Academy. He was knighted in 1906 to mark his distinguished service to the world of scholarship. Though at the forefront of many academic organizations and honored by great institutions, Ramsay refused to give in to the temptation to discredit the historical accounts on the New Testament. He was an especially strong defender of the historical credibility of Luke’s writings, both the gospel of Luke and the Acts of the Apostles.

This book of (originally) 269 pages gives a splendid defense of the accuracy of the narrative of the birth of Christ, the historical credibility of the writings of Luke and the reliability of the entire New Testament, by one of the foremost scholars in British history.