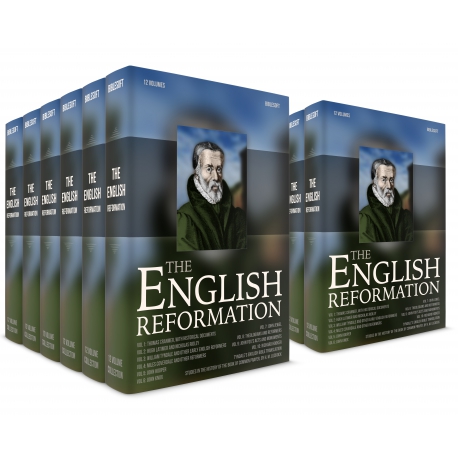 An extensive collection of writings from the Reformation in England, including the works of John Knox and William Tyndale, as well as illustrated edition of the complete "Acts and Monuments" (Foxe's Book of Martyrs)

Sometimes called the "Middle Way" of the Reformation, the path taken in England (and Scotland) was wholly unique to the mind and temperament of the nation -- its rulers and its people. From Henry VIII's initial break with the pope and the Roman Catholic Church (for personal/political reasons), a fierce Protestant-Catholic struggle ensued, the national shifts being represented by each successive ruler: Edward VI (Reformed Protestant), Mary (Roman Catholic), Elizabeth (moderate Reformed, Episcopal). The Elizabethan settlement -- characterized by the 39 Articles and the Book of Common Prayer, and despite some Puritan dissent -- became the foundation of the Anglican Communion. Nearby Scotland, on the other hand, after serious conflict, became thoroughly Reformed, epitomized by the heroic figure of John Knox.

The names (Cranmer, Tyndale, Knox, Latimer, Hooker) may be familiar, if not their writings. Here Biblesoft offers 10 full volumes of works of the English Reformation. Individual volumes are devoted to the key figures of Thomas Cranmer, William Tyndale, Miles Coverdale, John Knox, John Hooper, John Jewell and John Fox, with a varied selection of treatises, sermons, commentaries, letters, and other writings. Many of the English Reformers (Cranmer, Ridley, Latimer, Bradford, etc.) were martyred during the reign of Queen Mary, to be immortalized in Fox's Acts and Monuments (from whence the abridged "Book of Martyrs" comes). We provide here the complete Acts and Monuments, with illustrations. An added volume of the works of Richard Hooker, presents his magisterial and greatly influential Laws of Ecclesiastical Polity. In addition, we offer Tyndale's English Bible version, and H. M. Luckock's Studies in the History of the Book of Common Prayer.

Works of the English Reformation: [Volume 1]

Works of the English Reformation, Volume 3: William Tyndale and Other Early Reformers [RfEnglV3]
(a large portion of the British Reformers volume, with several portions from the Parker Soc. Volumes on Tyndale)
WILLIAM TYNDALE

APPENDIX 2: The Examinations of Anne Askew

Works of the English Reformation, Volume 4: Miles Coverdale and Other Reformers in the Reigns of Edward and Mary [RfEnglV4]
(a significant portions of two of the British Reformers volumes, with some supplementary material)

Works of the English Reformation, Volume 5: John Hooper [RfEnglV5]
(the complete British Reformers volume, with some supplementary material from the Parker Soc. volumes)

Note: This does not include Jewel's lengthy and highly technical Defense of the Apology

A lengthy and highly technical treatment of issues related to the Mass -- two of the more interesting and relevant articles are included: #5: Of the Real Presence; # 20: Of Opus Operatum)

Works of the English Reformation, Volume 8: Theologians and Reformers in the Reign of Elizabeth [RfEnglV8]
JOHN FOX

[about half of a very lengthy Sermon, given on the occasion of the baptism of a Jew]
EDMUND GRINDAL

Note: A full volume on Hooker is in preparation [English Ref. vol. 10], which would include a large portion of his famous Laws of Eccl. Polity, with some additional Sermons, and an Account of his Life.
APPENDIX 1: Nowell's Catechism, along with a Sermon given at the Parliament, before the Queen (Jan. 11, 1563)
APPENDIX 2: The Lambeth Articles

Works of the English Reformation, Volume 9: Fox's Acts and Monuments [RfEnglV9]
This is an 1850 version of the 1563 edition of Fox's famous work, only slightly abridged, and with (19th cent.) modernized English.
A good number of illustrations are also included [these are presumably from the 1850 print ed., but I don't have copy at hand to check]

Studies in the History of the Book of Common Prayer, by H. M. Luckoc 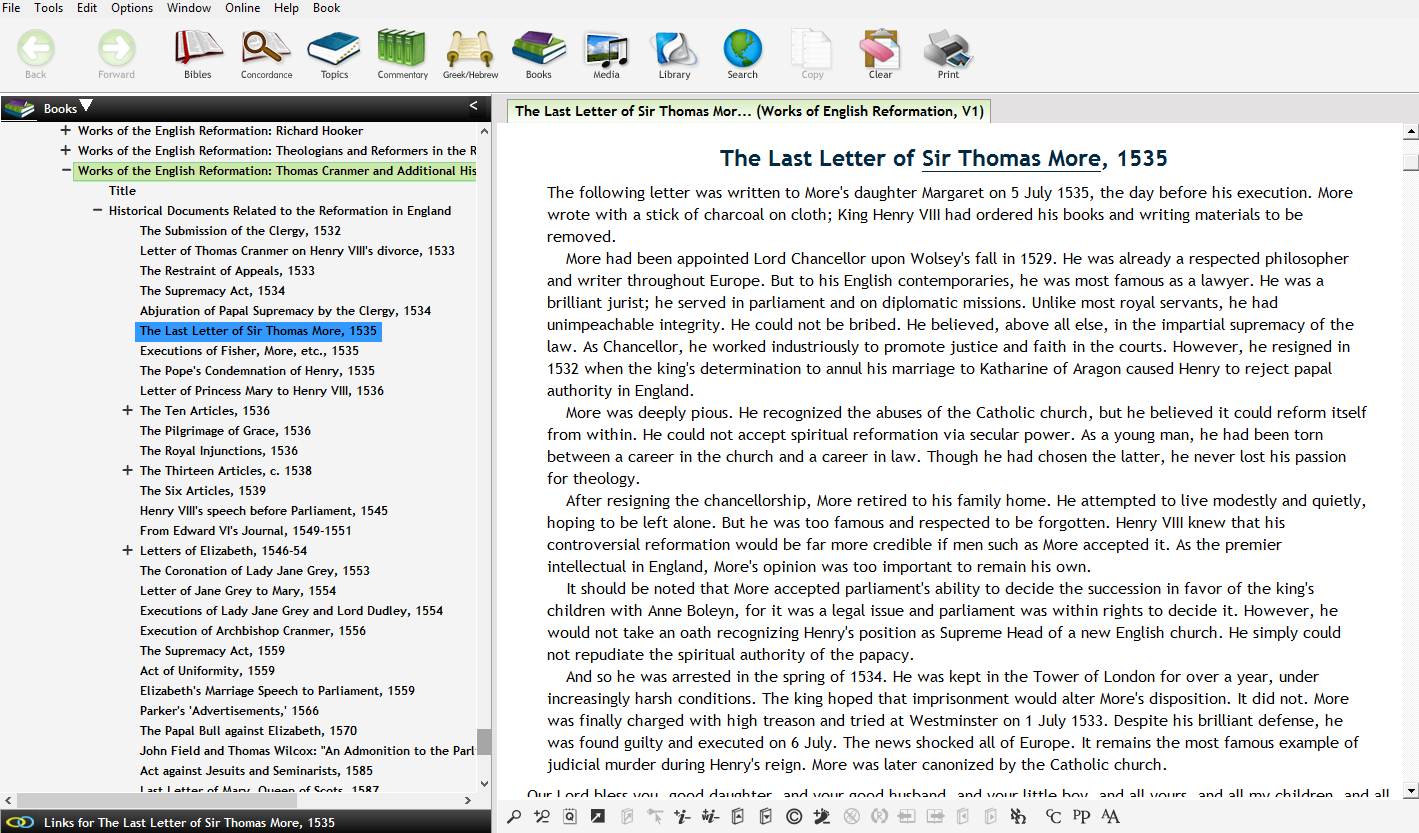 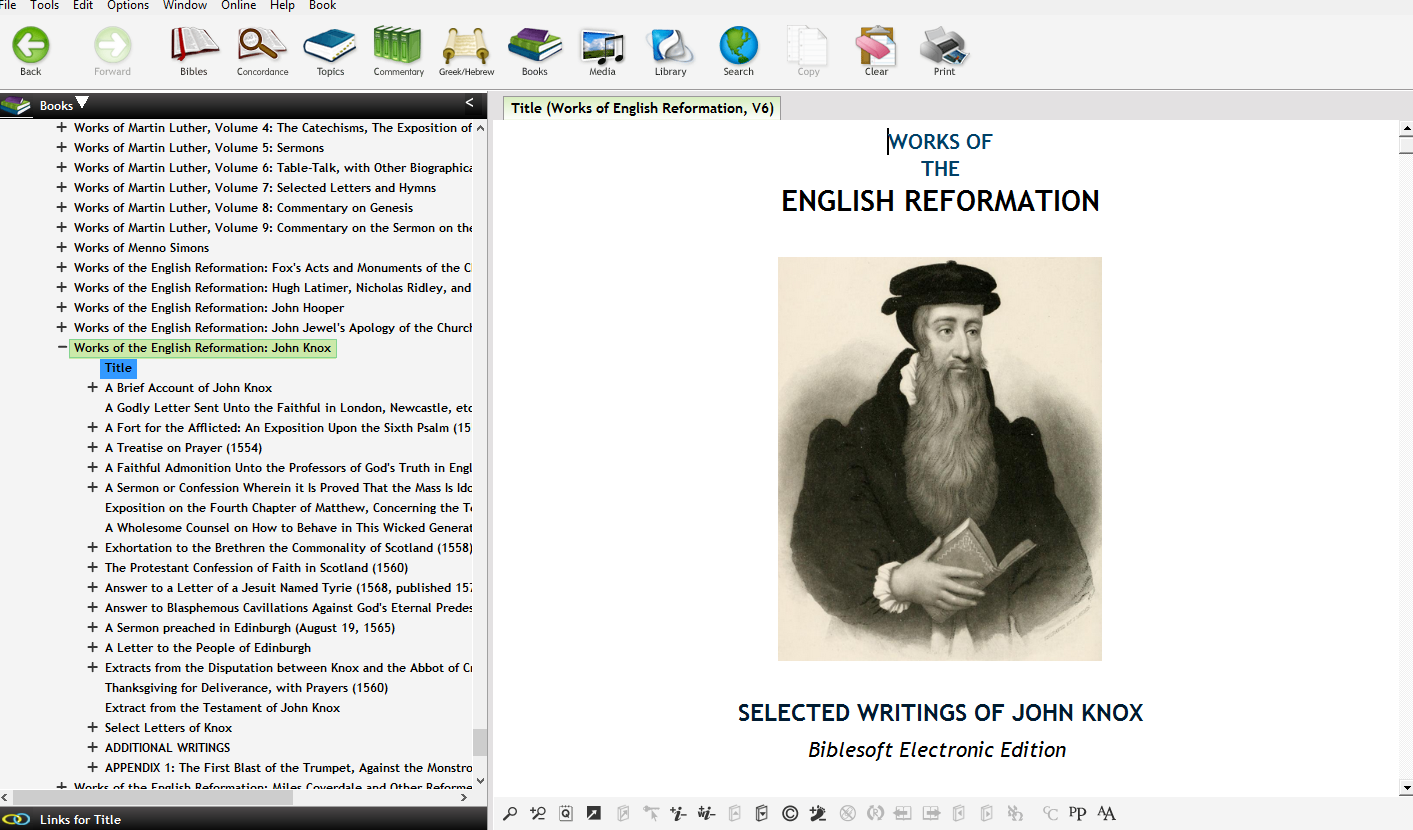 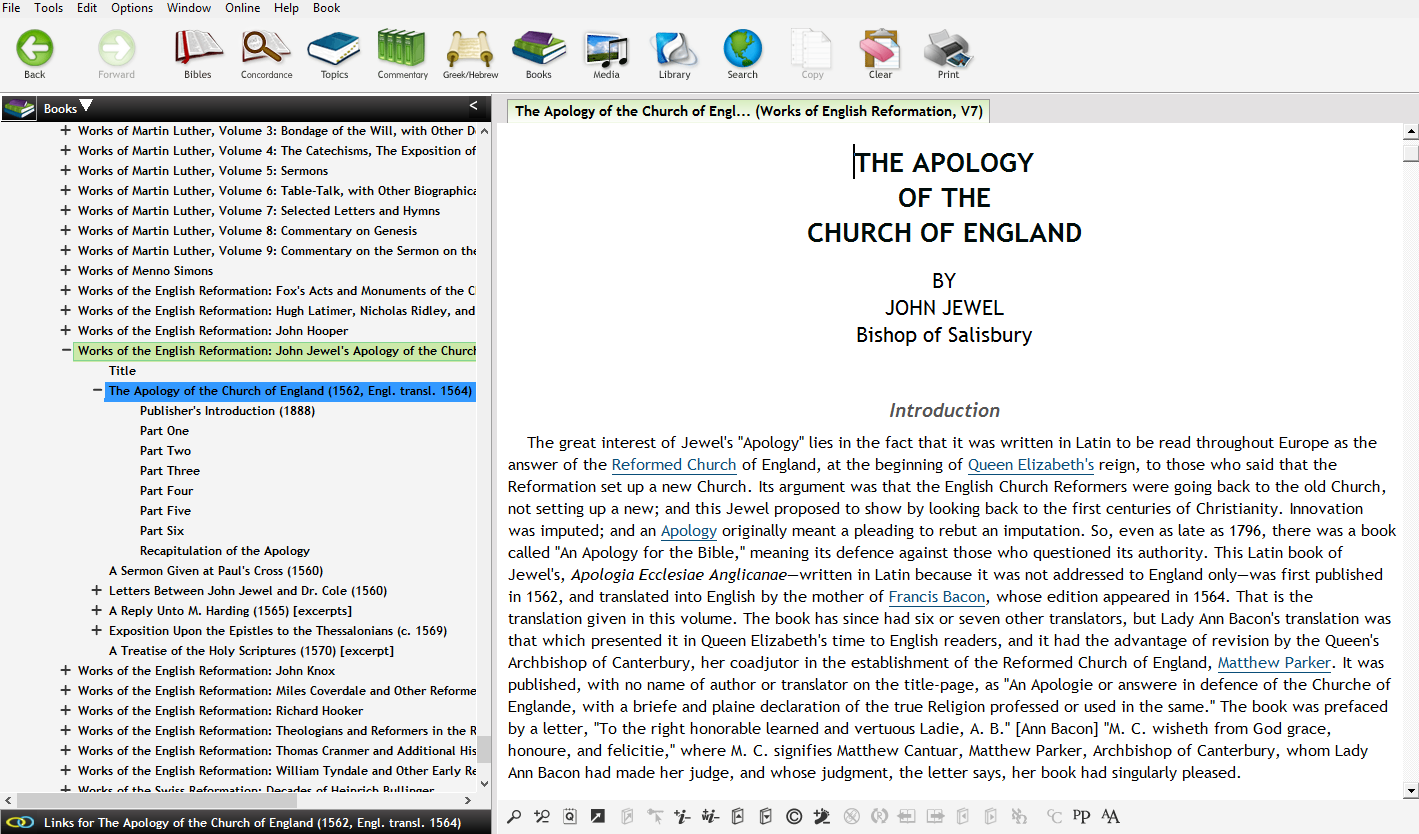 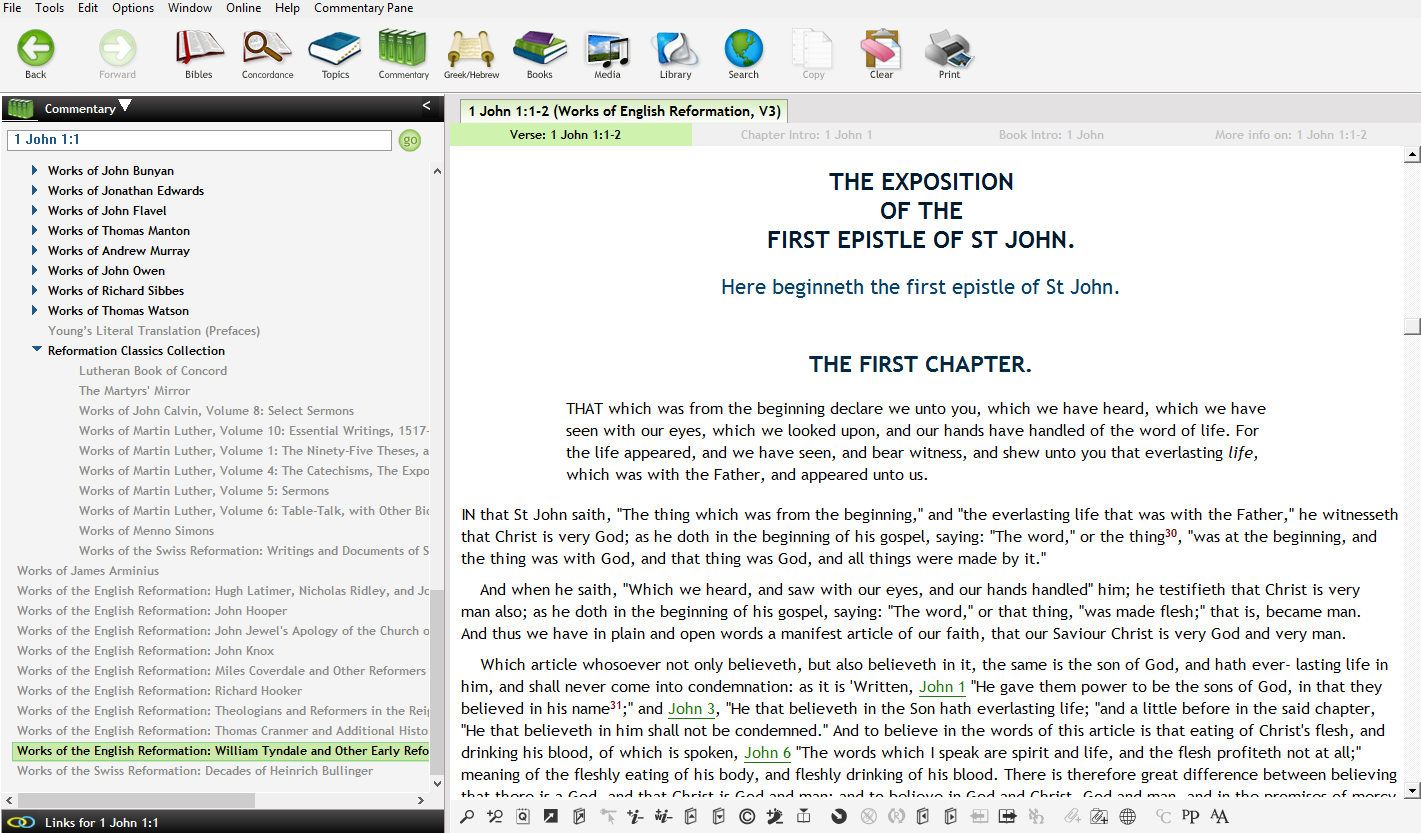 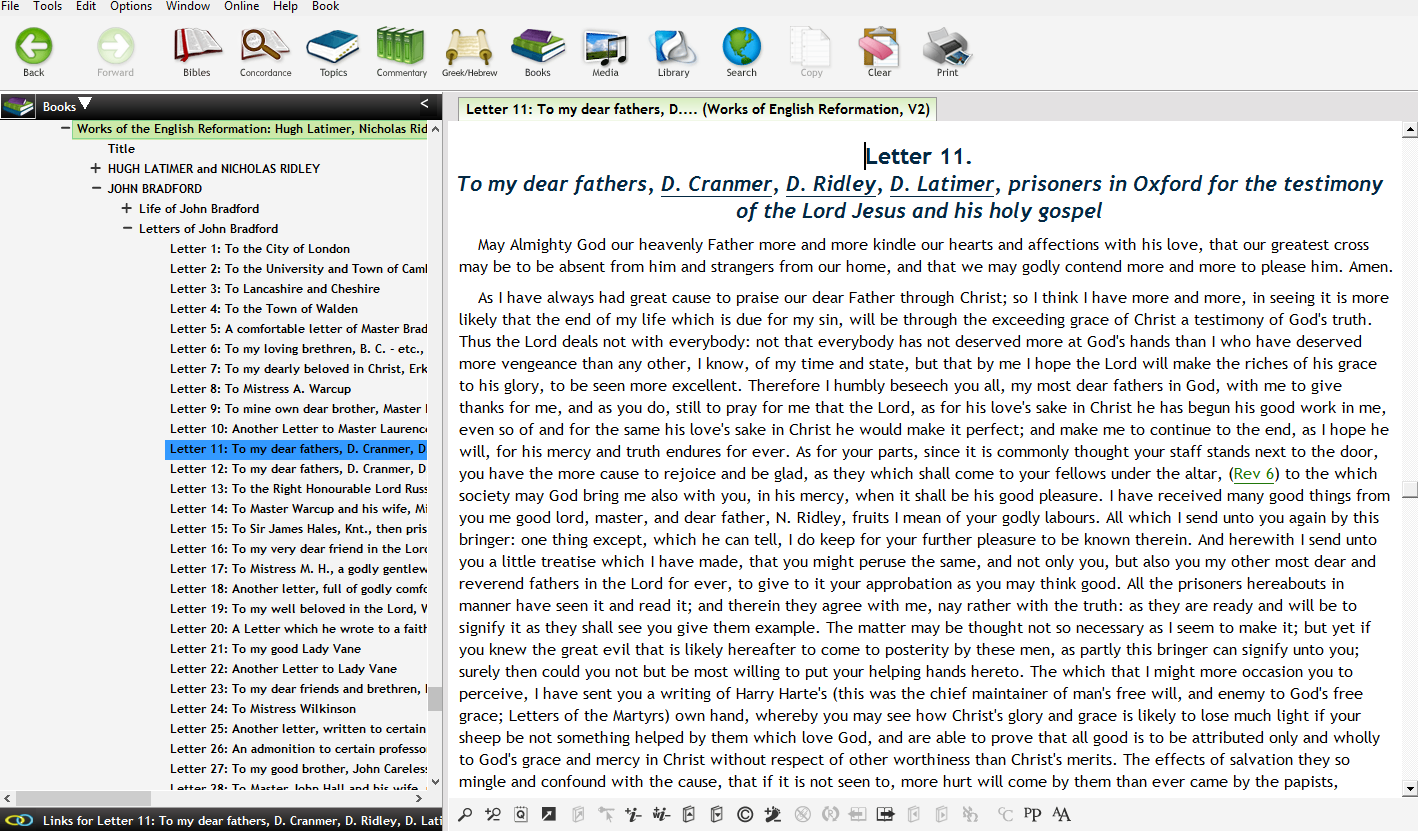 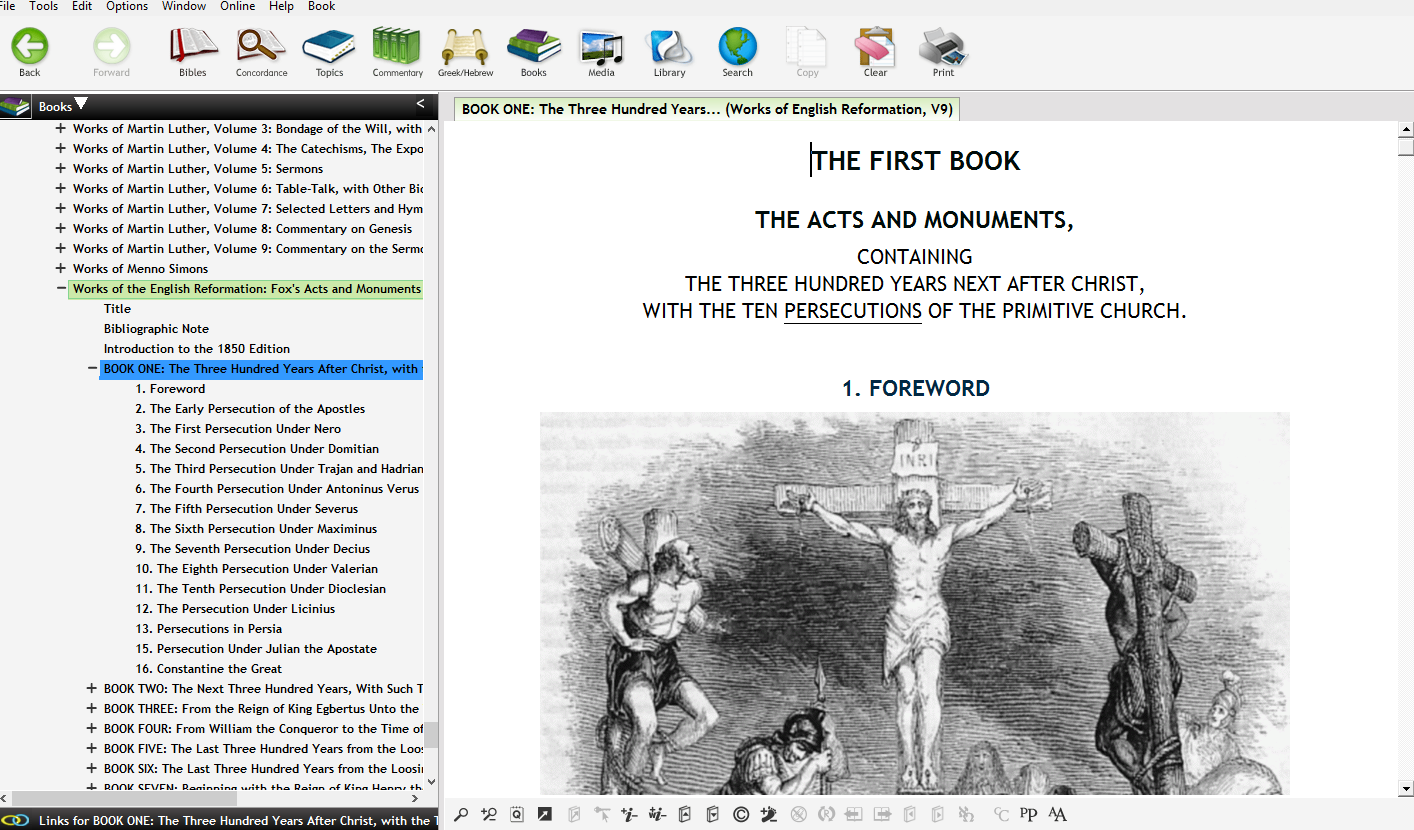 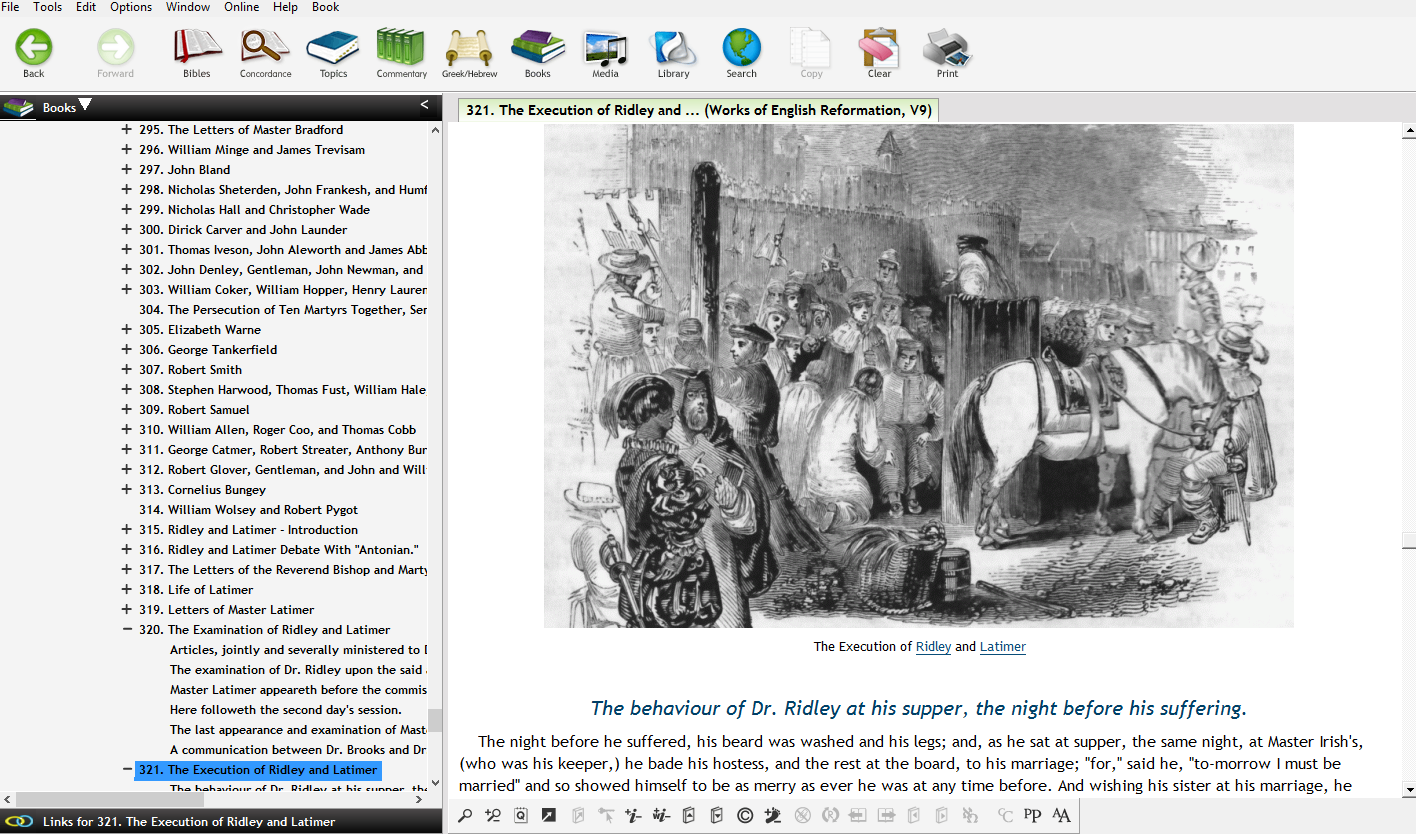 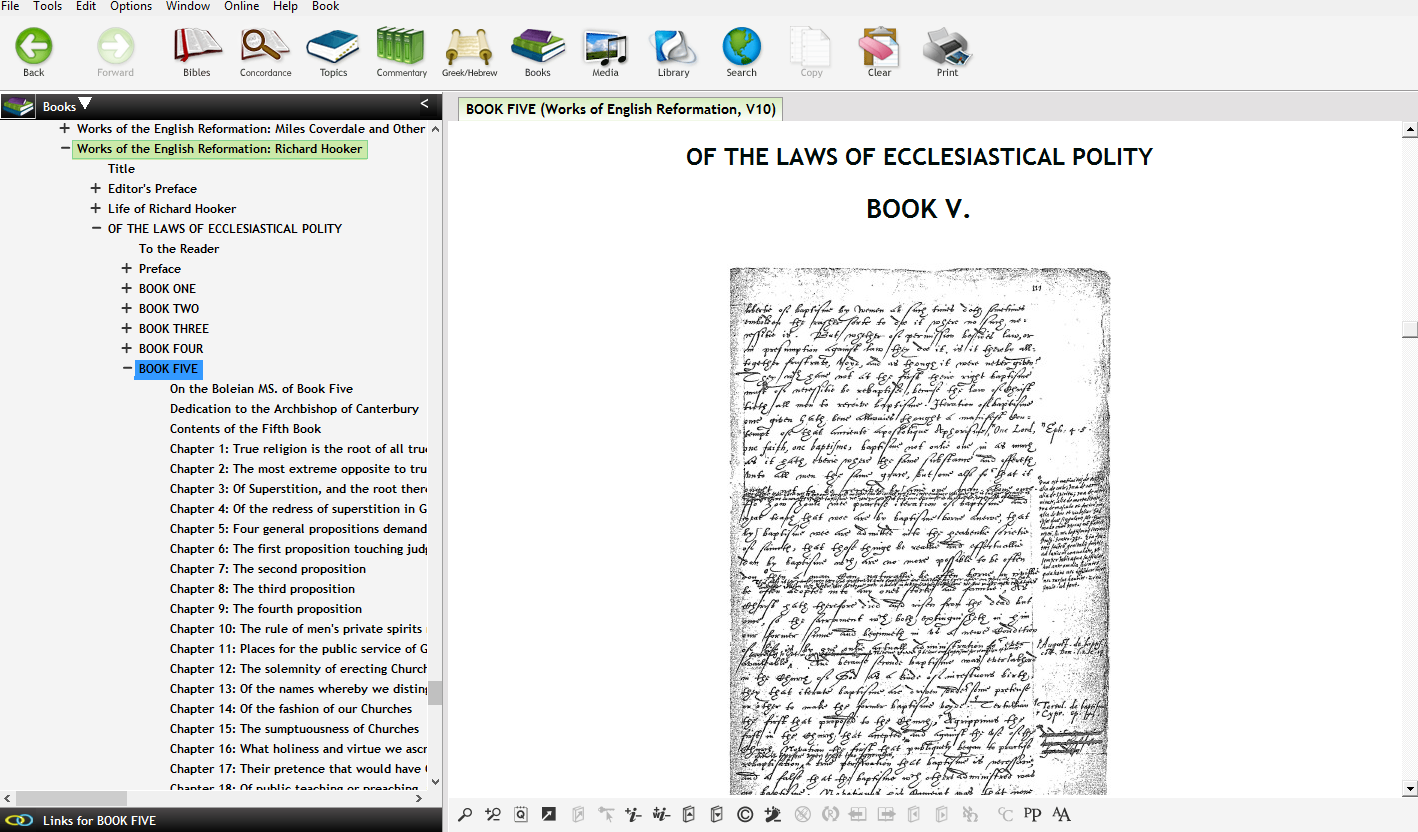