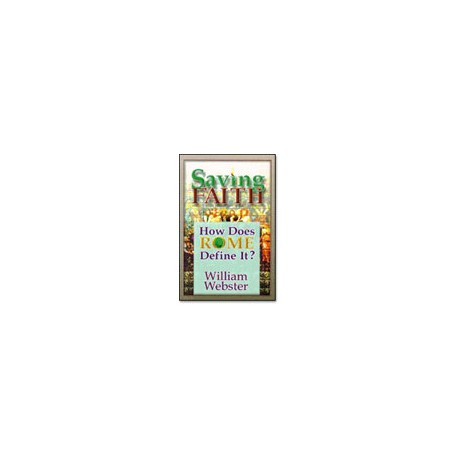 Saving Faith: How Does Rome Define It?

A clear documentation of where the Roman Catholic Church stands on the issue of salvation by faith. By William Webster.

The ECT Accord (Evangelicals and Catholics Together) and the recent ECT 2 (The Gift of Salvation) calls for unity between the Roman Catholic and evangelical Churches on the basis of a shared faith. After all, we are told, Rome teaches that an individual is saved by faith. But does such a basis for unity really exist? When Rome states that an individual is saved by faith, what exactly does she mean?

In this book, Mr. Webster documents the Roman Catholic teaching of saving faith from the official authoritative sources of the Roman Catholic magisterium. In a time of great confusion as to what Roman Catholicism officially stands for, this book helps clarify the issues. It provides extensive documentation from the writings of Roman Catholic theologian Ludwig Ott, Papal Decrees, The Council of Trent, Vatican I, Vatican II, The Code of Canon Law, The Question and Answer Catholic Catechism and the newly published Catechism of the Catholic Church .