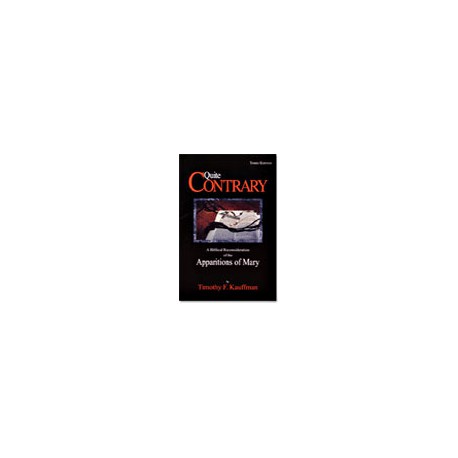 A Biblical reconsideration of the apparitions of the Virgin Mary. By Timothy Kauffman.

"One day through the Rosary and Scapular I will save the world."

Such was the promise delivered to St. Dominic by the vision of Mary, and thus began the popular use of the Rosary and the Scapular. In the words of some, "the Rosary and the Scapular are inseparable," and both are still in widespread use today. In 1830, the apparition completed its array of religious articles by adding the use of the Miraculous Medal to its other forms of devotion, and the Catholic Church has not only approved of their use but has steadfastly encouraged it. These three articles all seem to have come from Mary, and the devotion they inspire has certainly withstood the test of time...

Now it is time to see if they can withstand a test by fire.