> History & Culture>Church History>Reformation>Calvin and the Reformation in France
Reduced price! 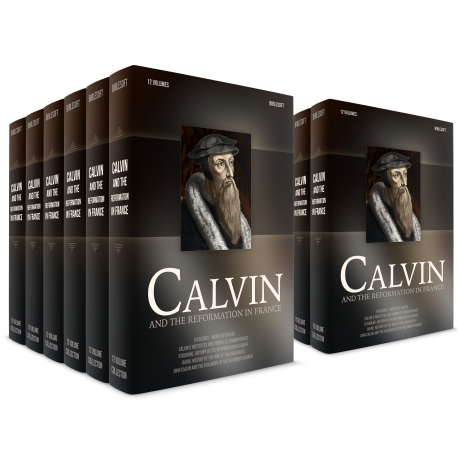 Calvin and the Reformation in France

An extensive collection of works by John Calvin, along with historical studies on the Reformation in France and the beginnings of the Reformed Tradition.

John Calvin is undoubtedly the best known figure of the Reformation —  in Western Europe and America, at any rate — whose name has become virtually synonymous with the Reformed Tradition. Immensely gifted as a man of learning, if he had not been converted to the Reformation, Calvin would have probably become the pre-eminent scholar in France. In addition to his famous Institutes and complete Commentaries, Biblesoft offers nine volumes of Calvin's works, covering most of his essential writings: Three volumes of tracts and treatises, including a biography of Calvin, written by his successor at Geneva, Theodore Beza; Four volumes of Letters; One volume of Selected Sermon; and a ninth volume, which contains a special Appendix on "Calvin and the Persecution of Heretics", with an examination of the execution of Servetus and selected writings by Calvin's colleague-turned-opponent Sebastian Castellion.

D'Aubigne, History of the Reformation in Europe

Baird, History of the Rise of the Huguenots

John Calvin and the Psalmody of the Reformed Church 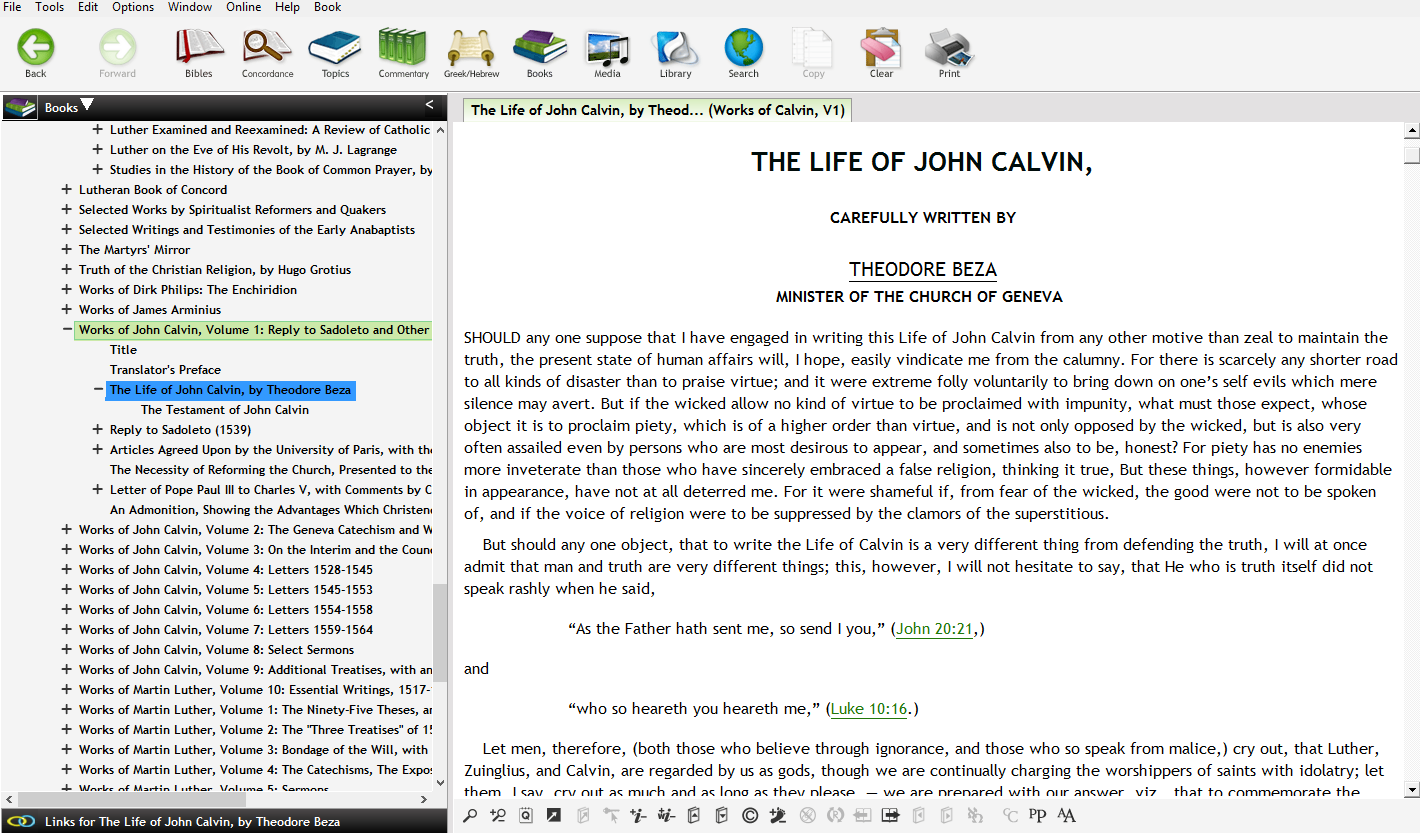 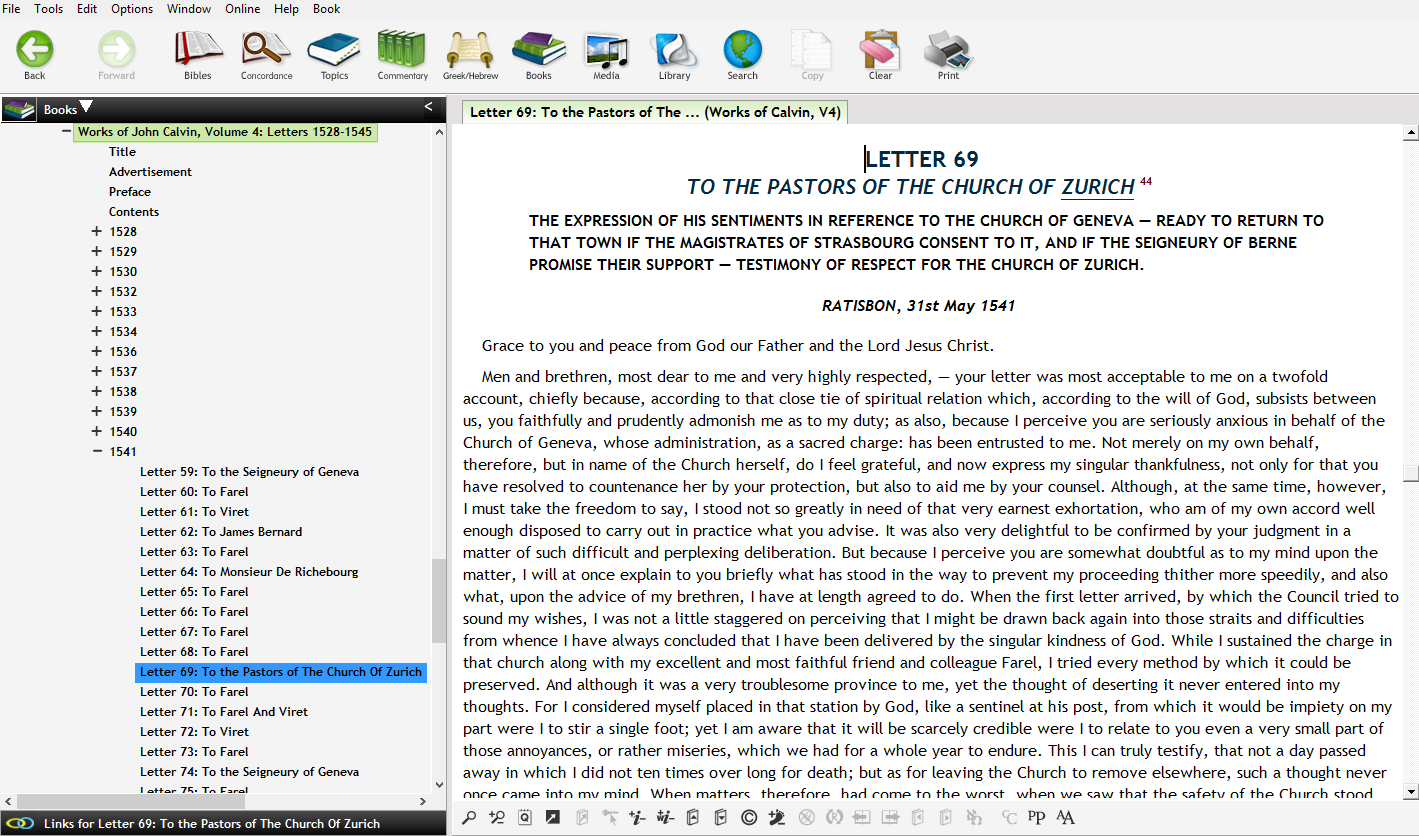 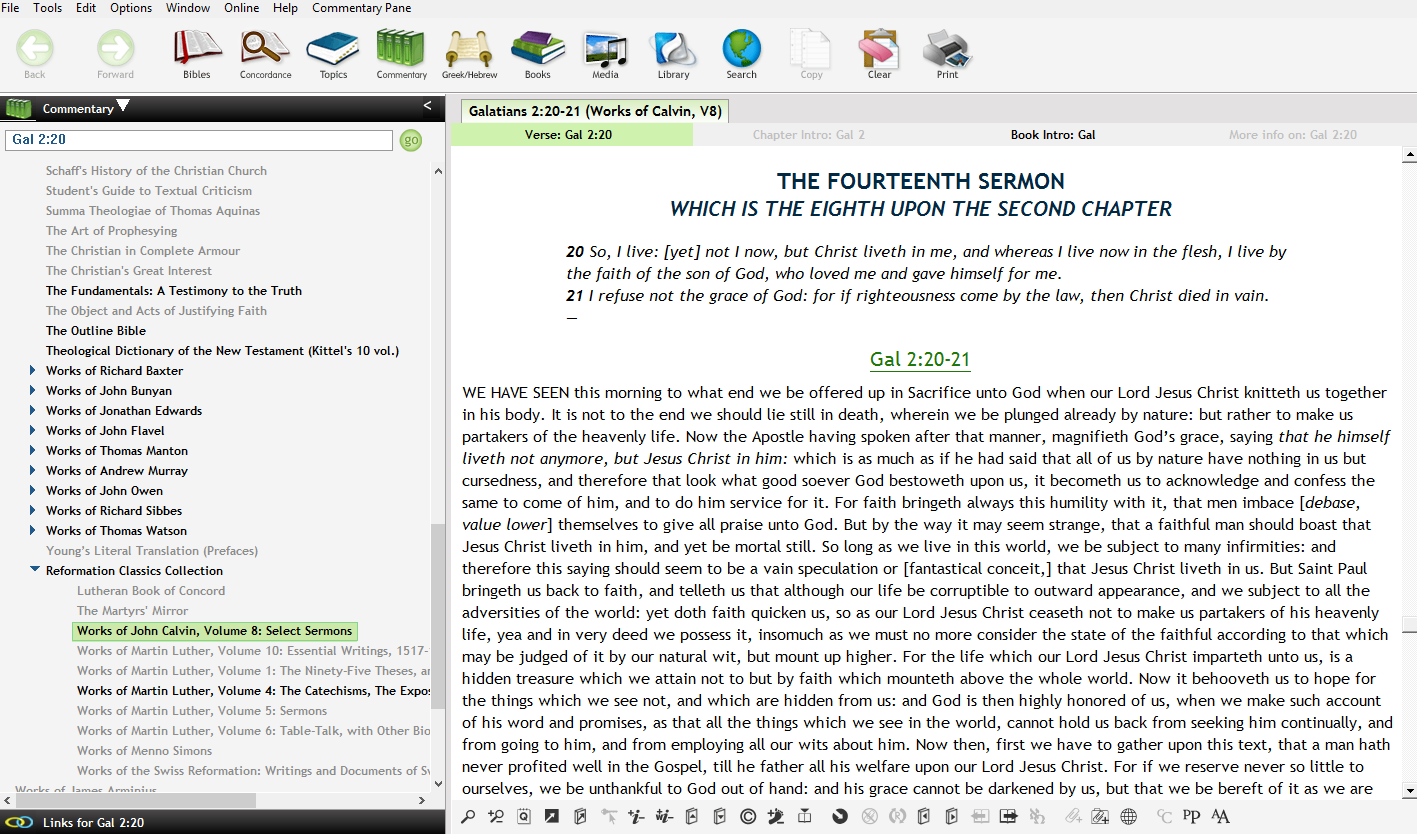 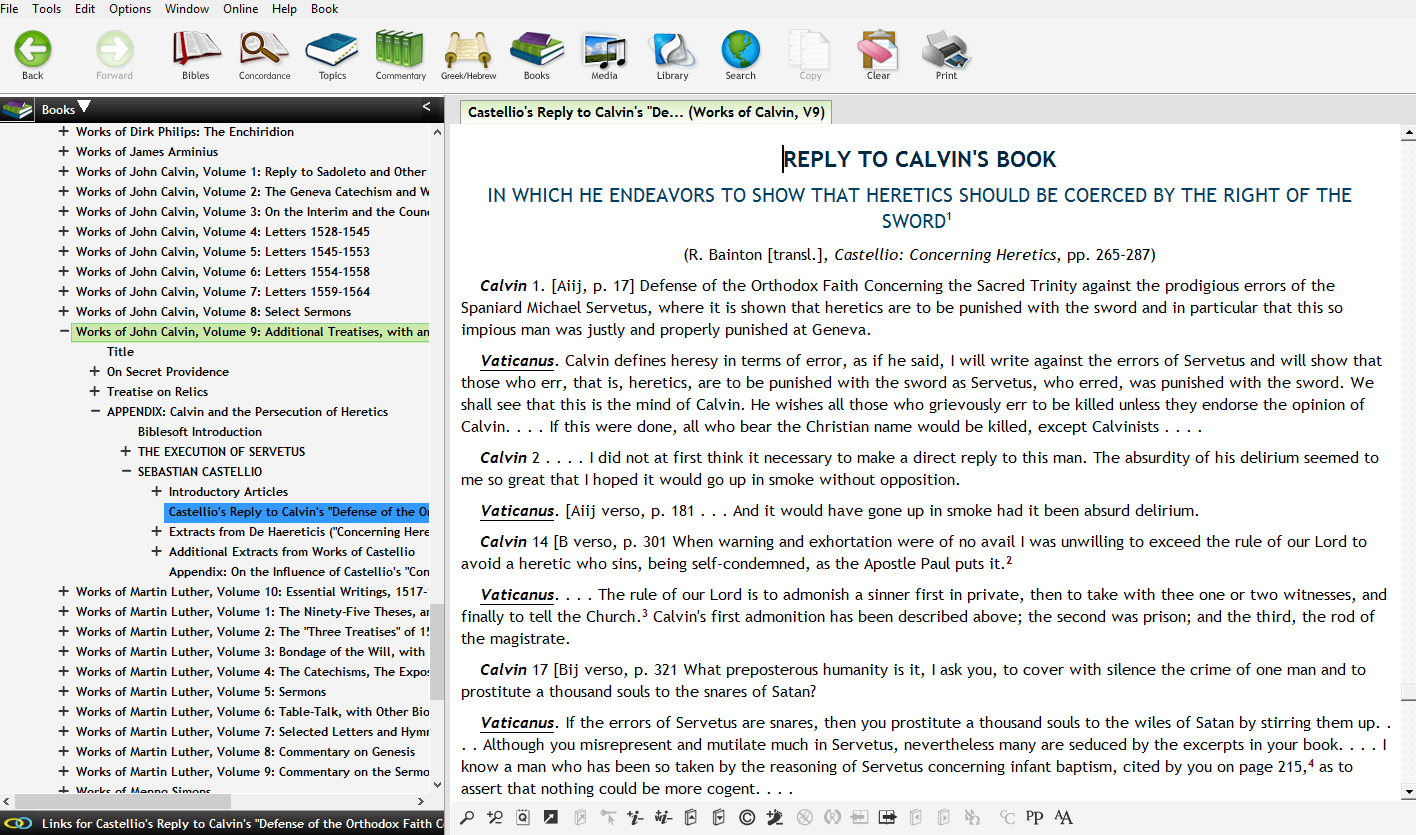 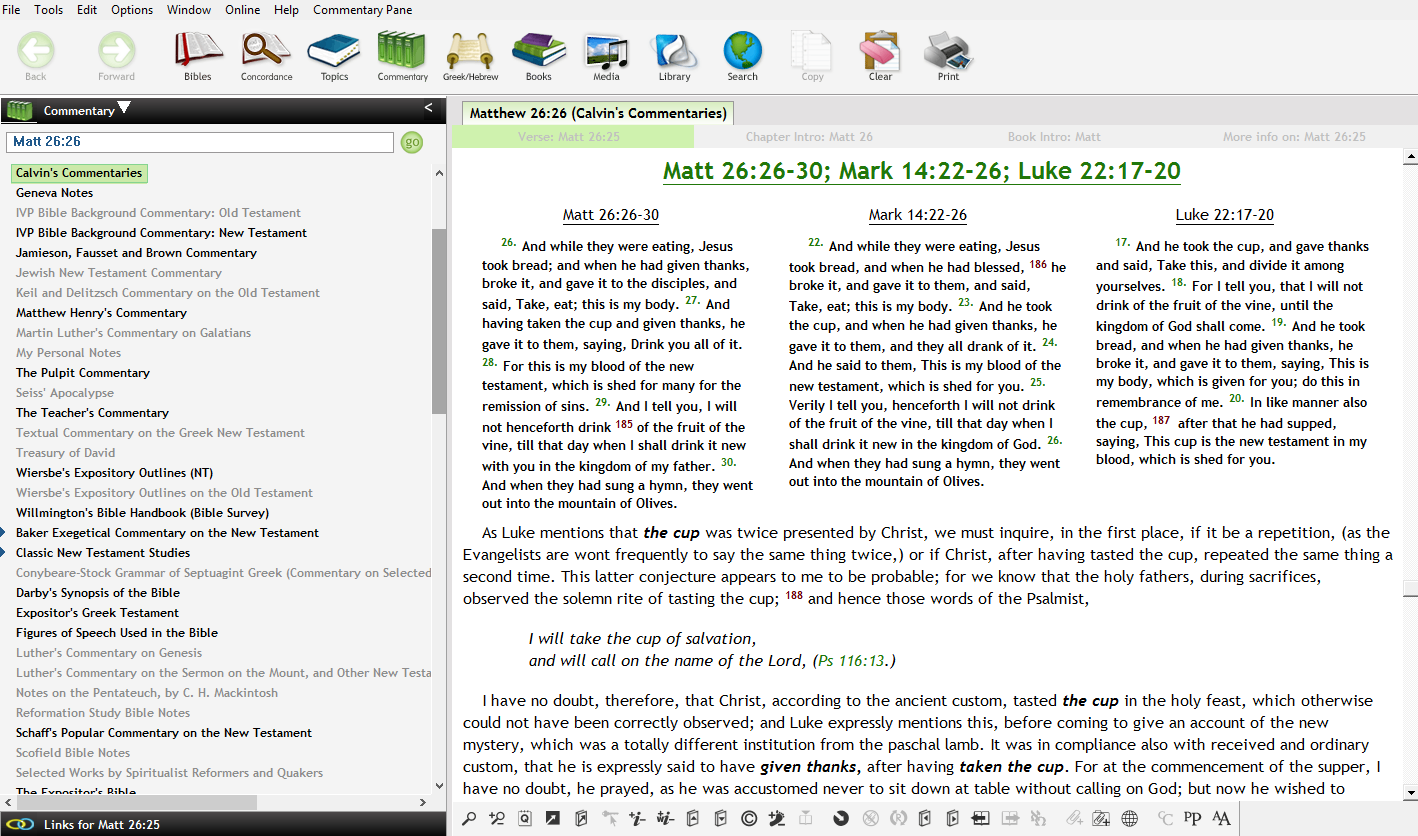 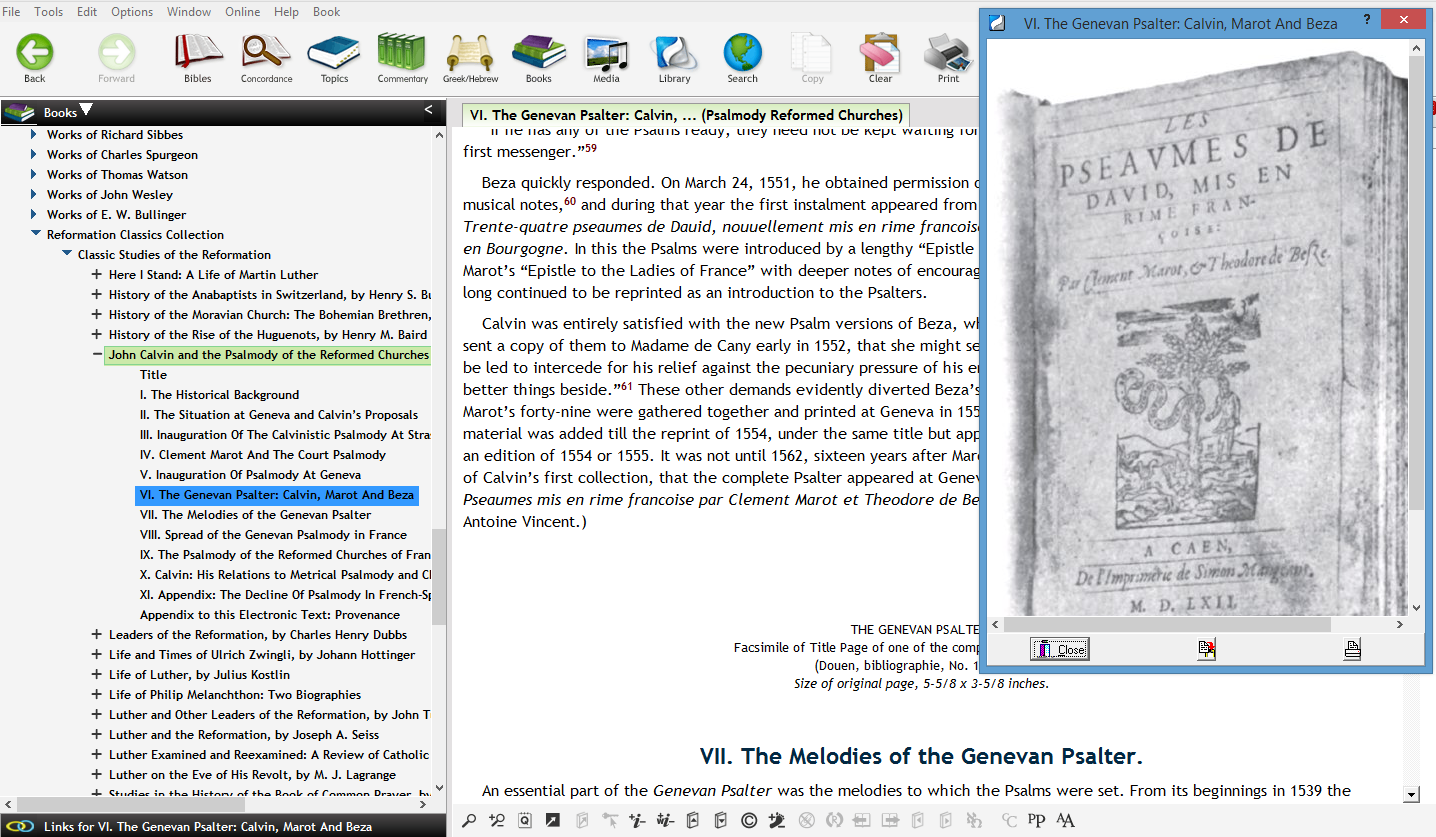