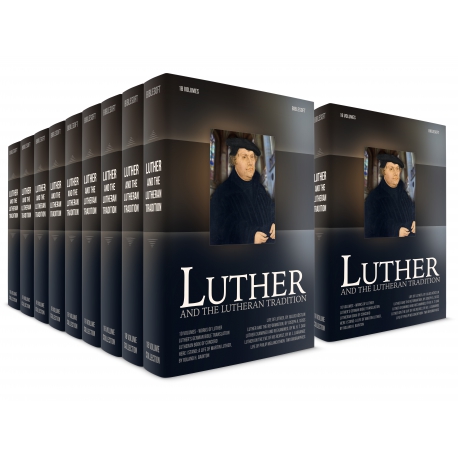 Luther and the Lutheran Tradition

An extensive collection of the works of Martin Luther, and other writings related to the Lutheran Tradition and the early years of the Reformation.

The Protestant Reformation is traditionally said to begin with Martin Luther's posting of his "95 Theses" on the door of the castle church in Wittenberg, Oct 31, 1517. Luther was, in every respect, a larger-than-life figure, whose experience (as a monk, university professor, and pioneering reformer) helped lead the way during the early years of the movement that shook Christian Europe. His firebrand courage, his boldness and audacity, as well as his theological learning and religious acumen -- these all made him the right person and the right time. Biblesoft offers 10 volumes of Luther's works, including all of his best-known writings - besides the landmark 95 Theses, a collection of tracts and treatises (Address to the Nobility, The Babylonian Captivity of the Church, The Bondage of the Will, etc.), his Catechisms, a rich selection of Sermons from his Church Postil, Commentaries on Genesis, Galatians, the Sermon on the Mount and other NT passages; along with Letters and Hymns, as well as his famous (or infamous) Tischreden ("Table-Talk"). Also included is Luther's German Bible translation, which, along with his Hymns, would surely be regarded as his finest and most lasting work; it's influence on the German language is equal to that of the KJV on English.

Besides Luther's writings, we offer five classic studies on his life and work, among which are Quaker historian Roland H. Bainton's wonderful Here I Stand: A Life of Martin Luther, and the Life of Luther by Julius Köstlin (in translation). Also included are two biographies on Philip Melancthon, Luther's younger colleague -- one of the finest theologians, scholars, and educators of the day. "Peace-loving" Melanchton tended to adopt a more moderate or mediating position on controversial issues, and was on friendly terms with Calvin and other Reformed leaders. These controversial issues are exemplified in the Lutheran Book of Concord, the definitive document of Lutheranism.

Here I Stand: A Life of Martin Luther, by Roland H. Bainton

Life of Luther, by Julius Köstlin

Luther and the Reformation, by Joseph A. Seiss

Luther on the Eve of His Revolt, by M. J. Lagrange 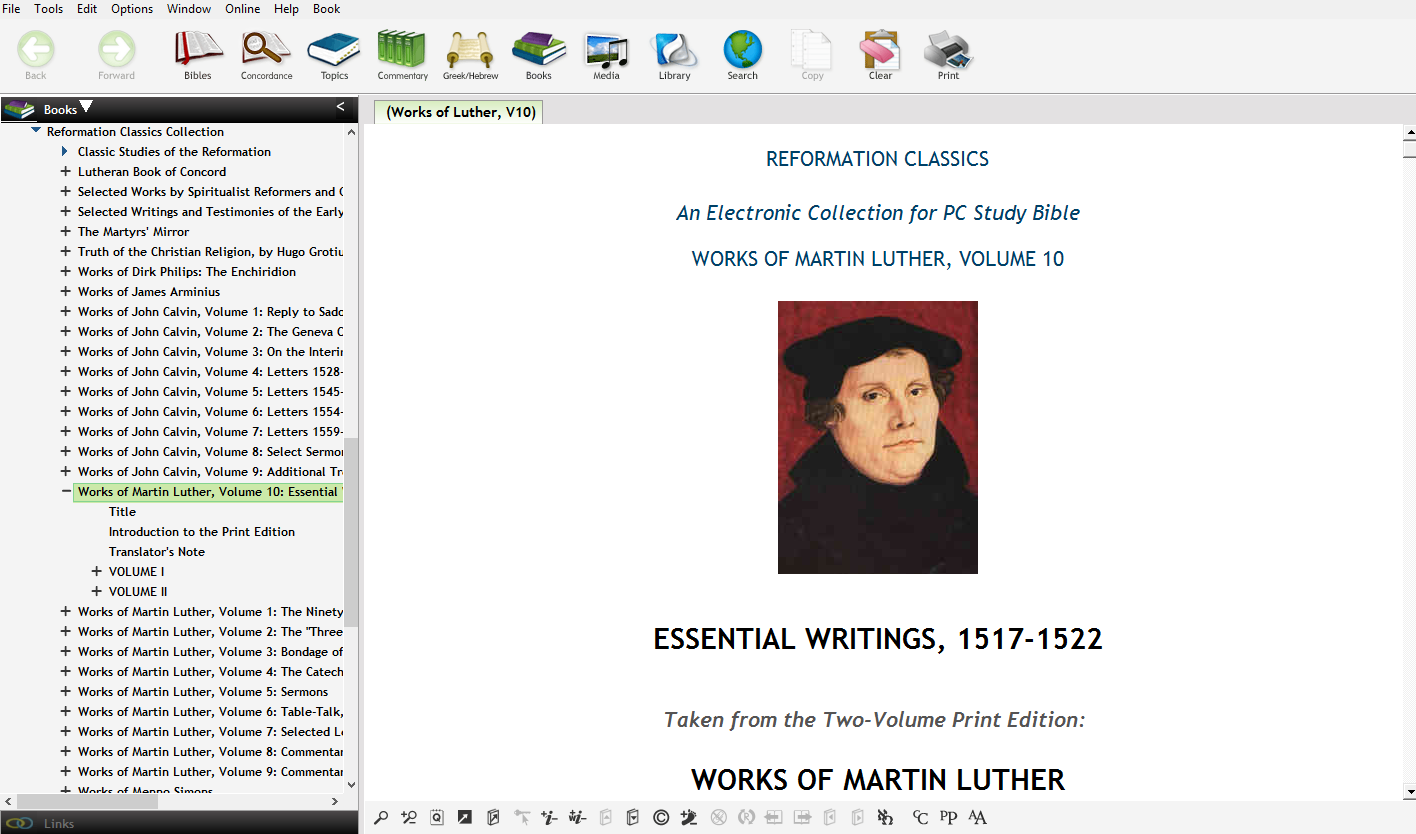 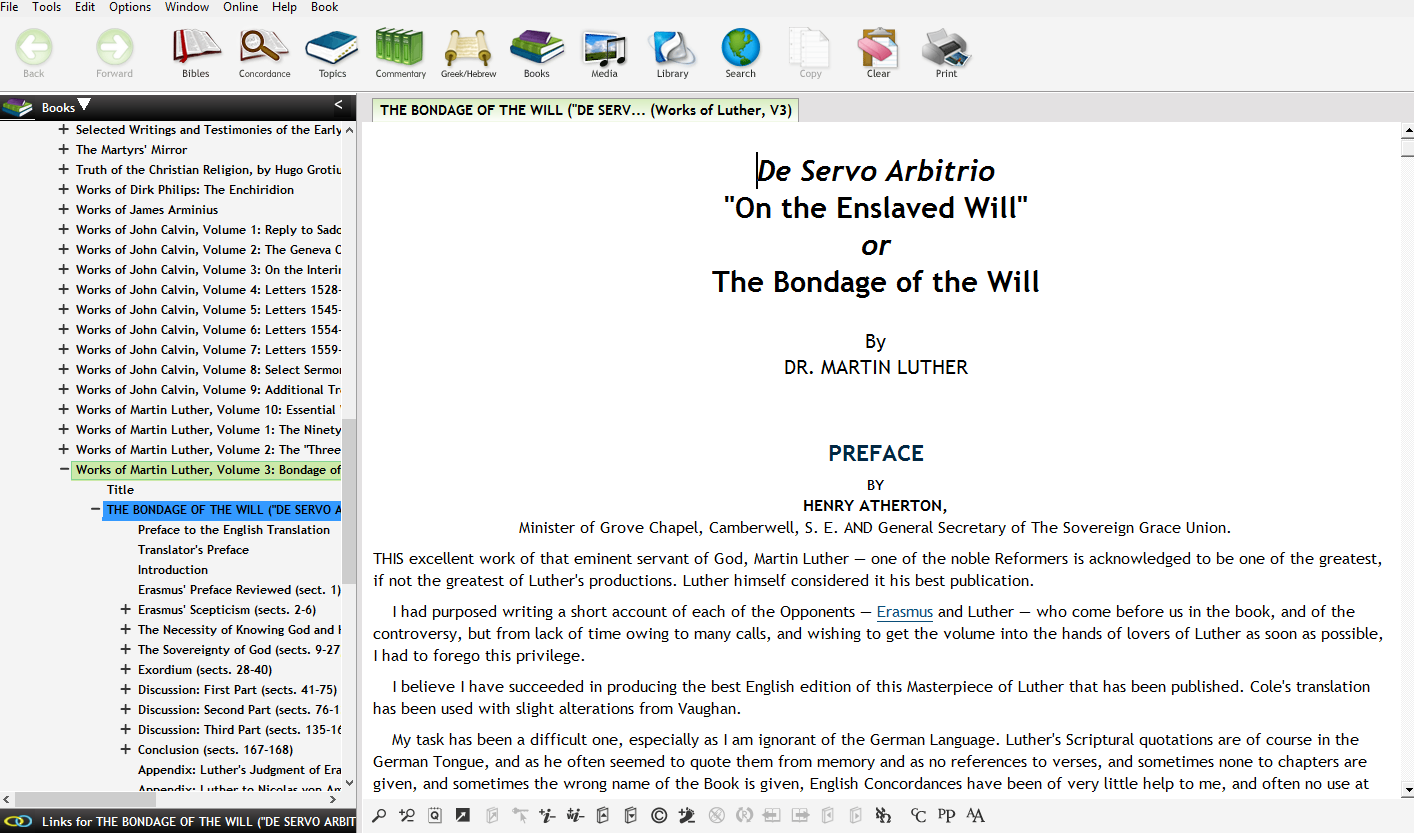 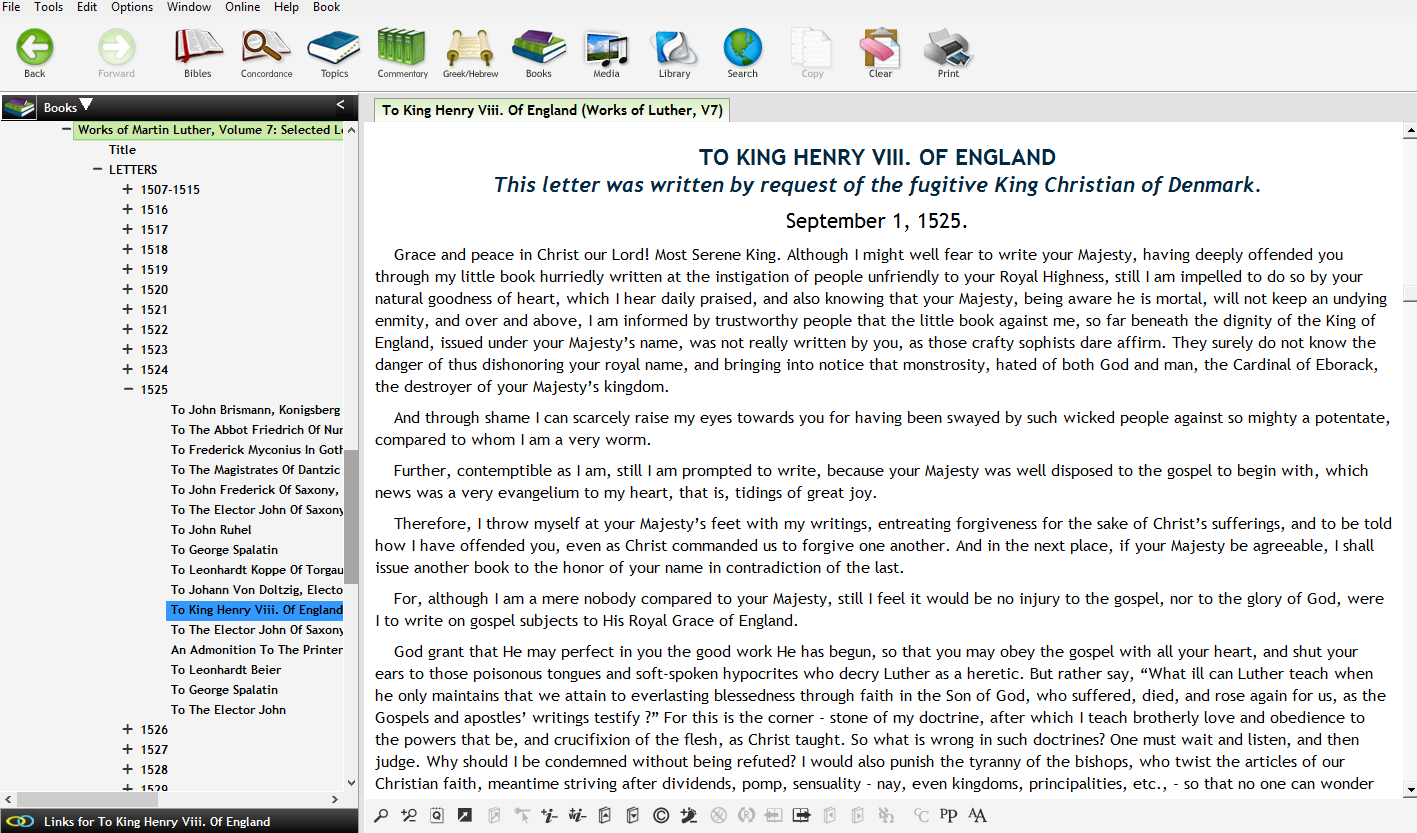 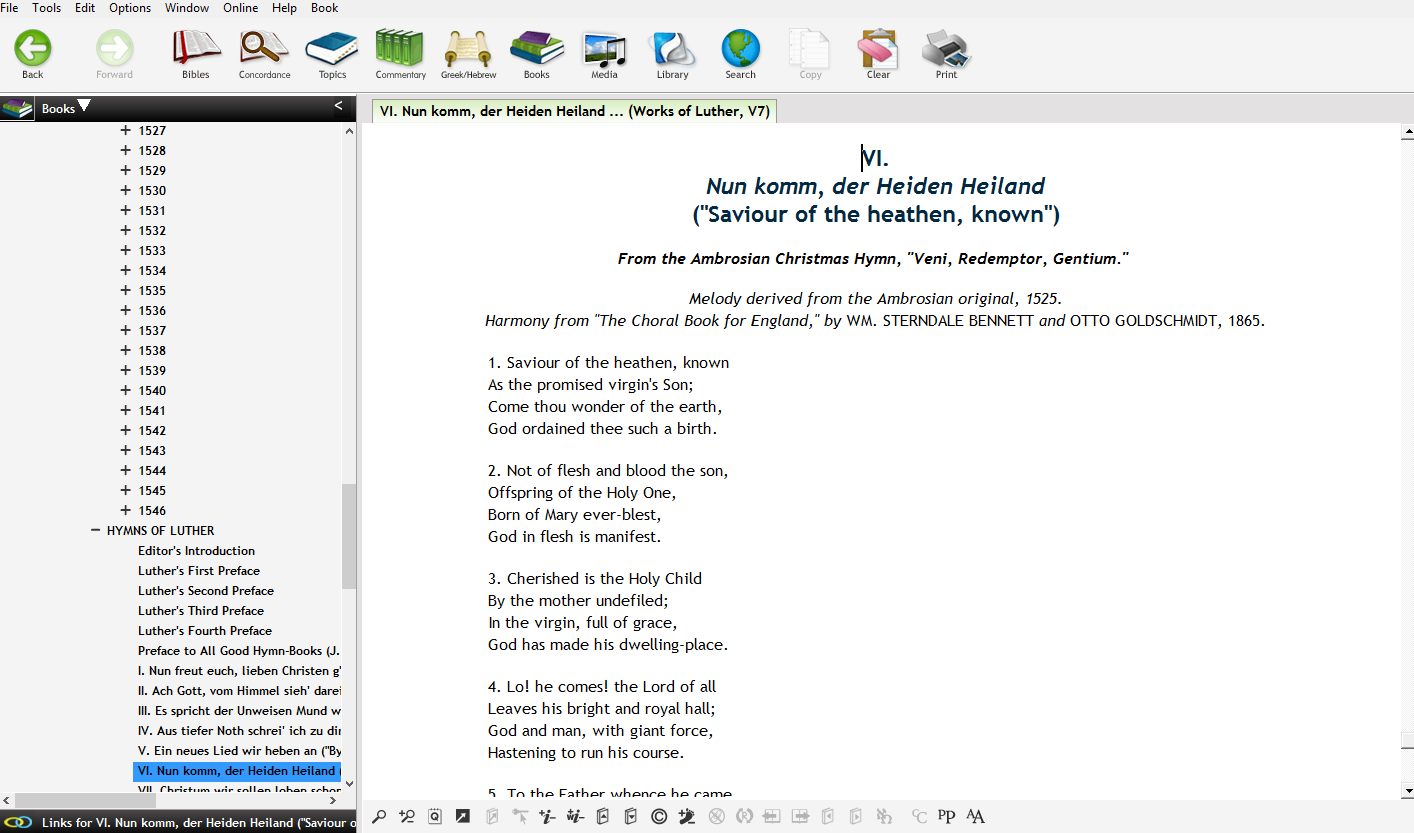 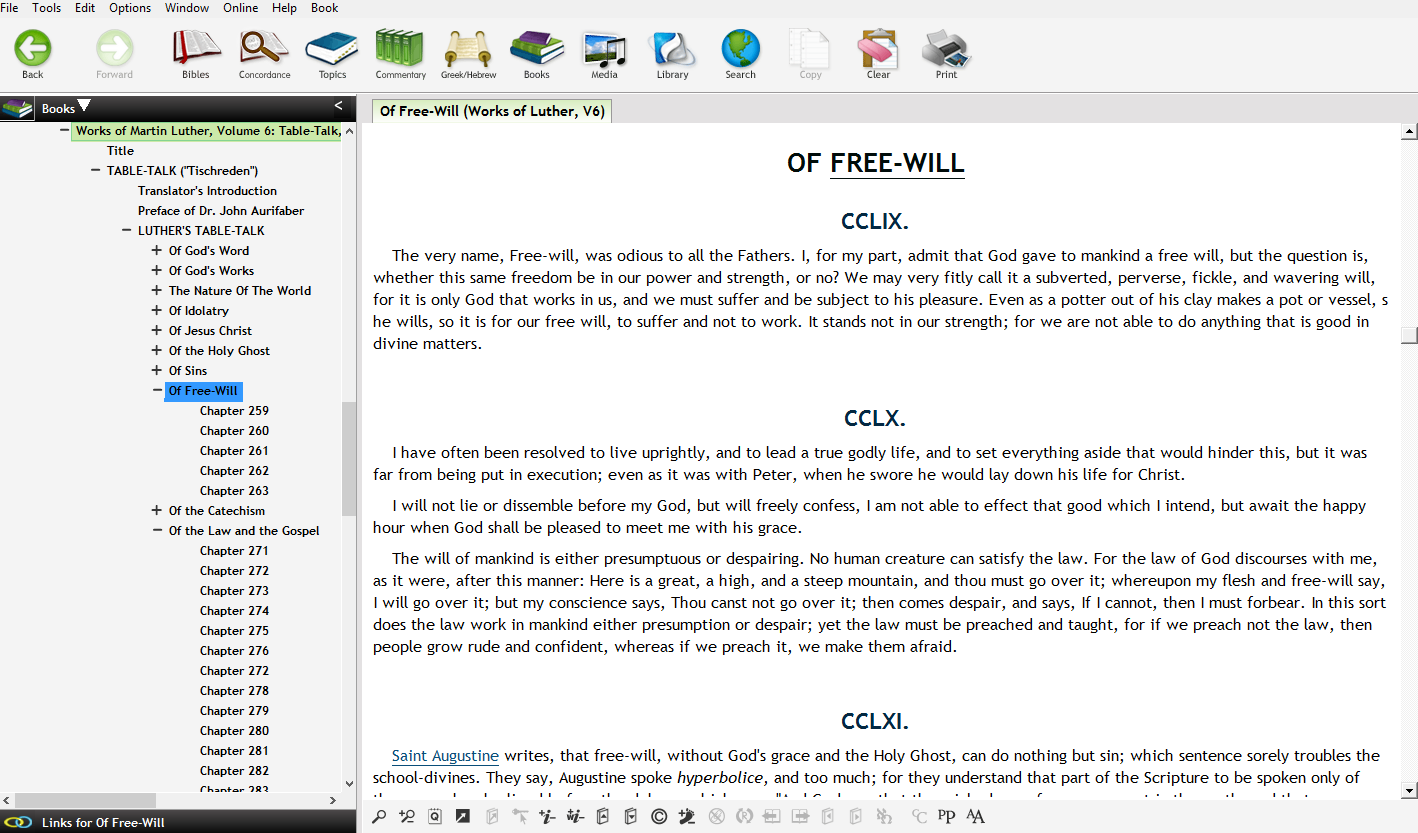 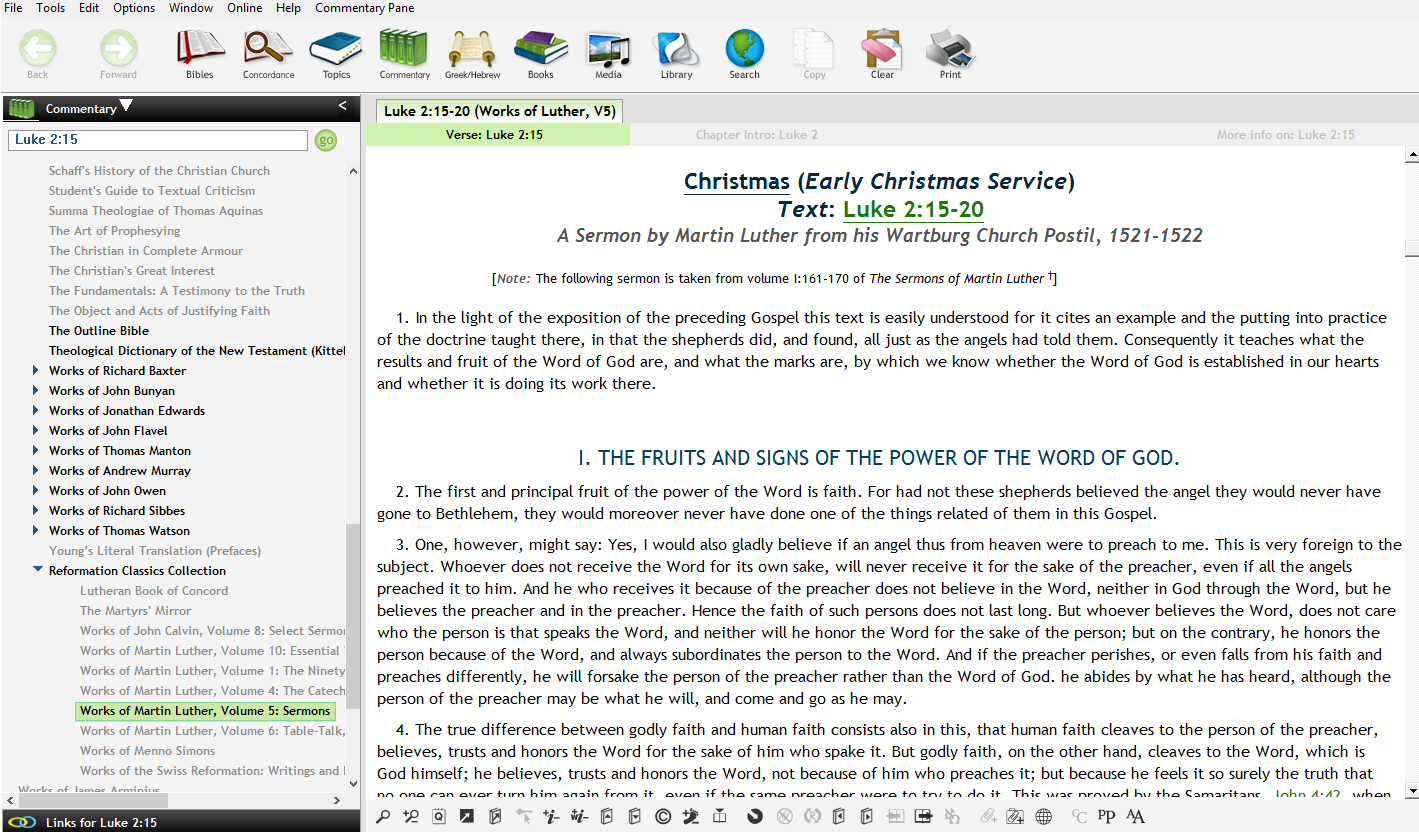 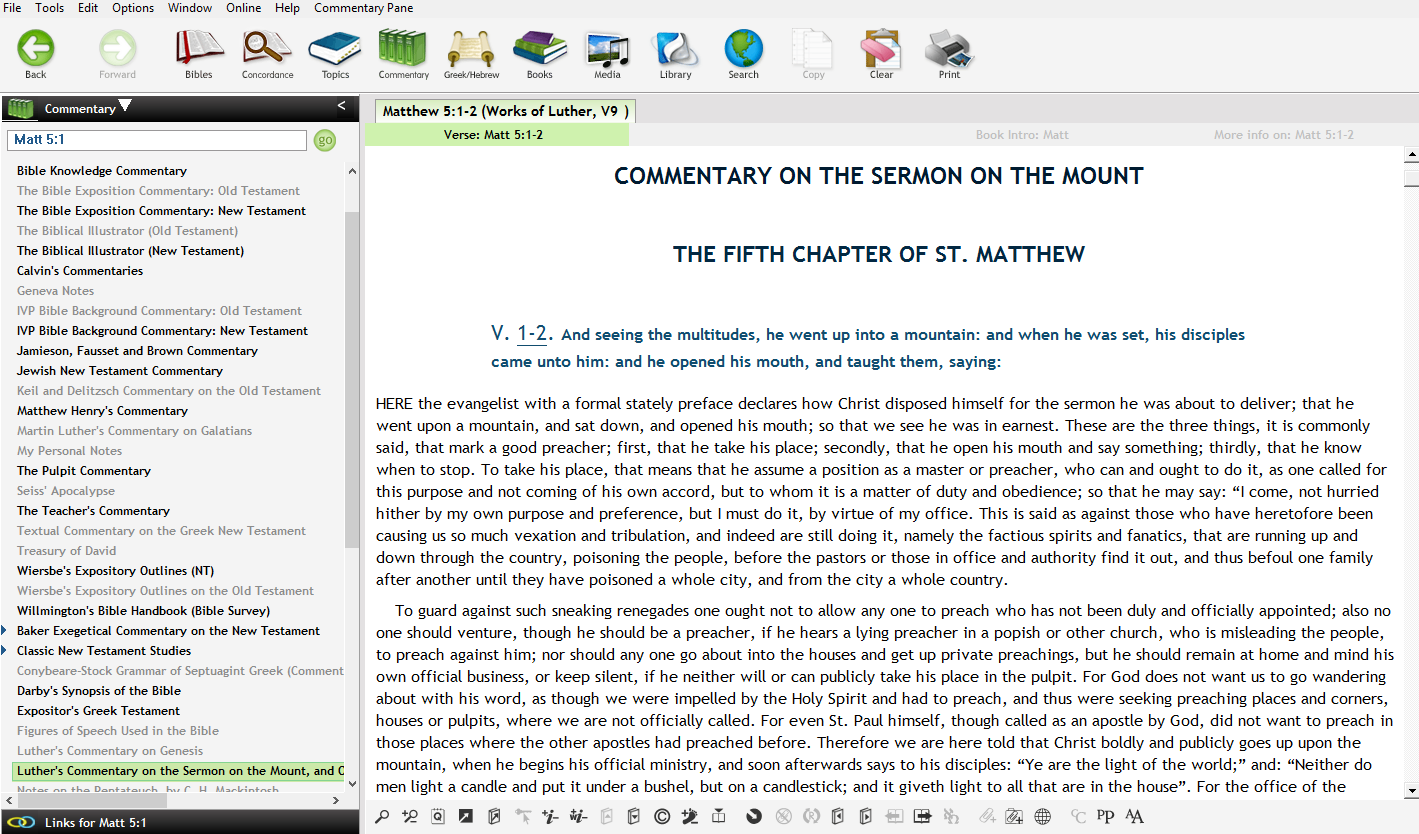 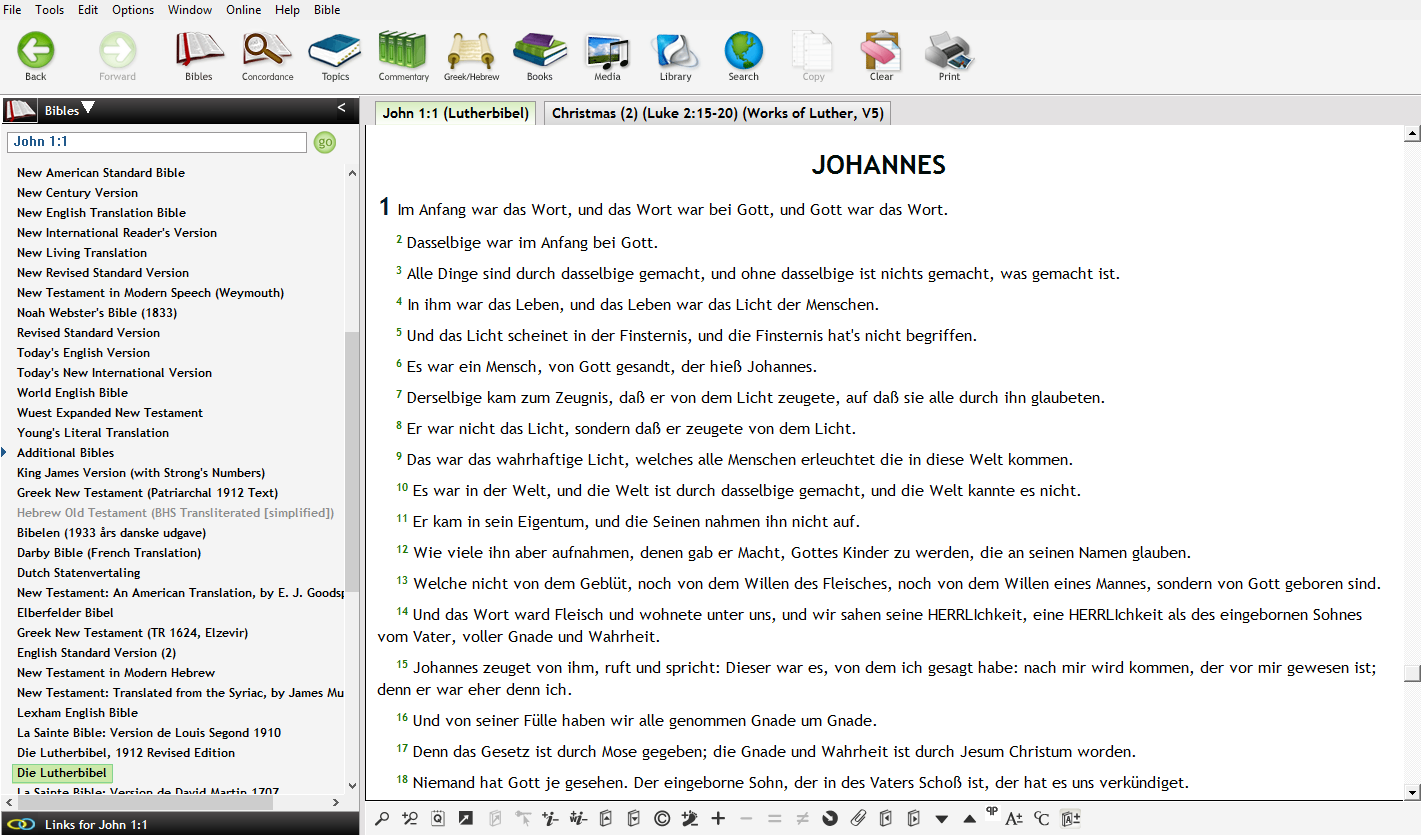 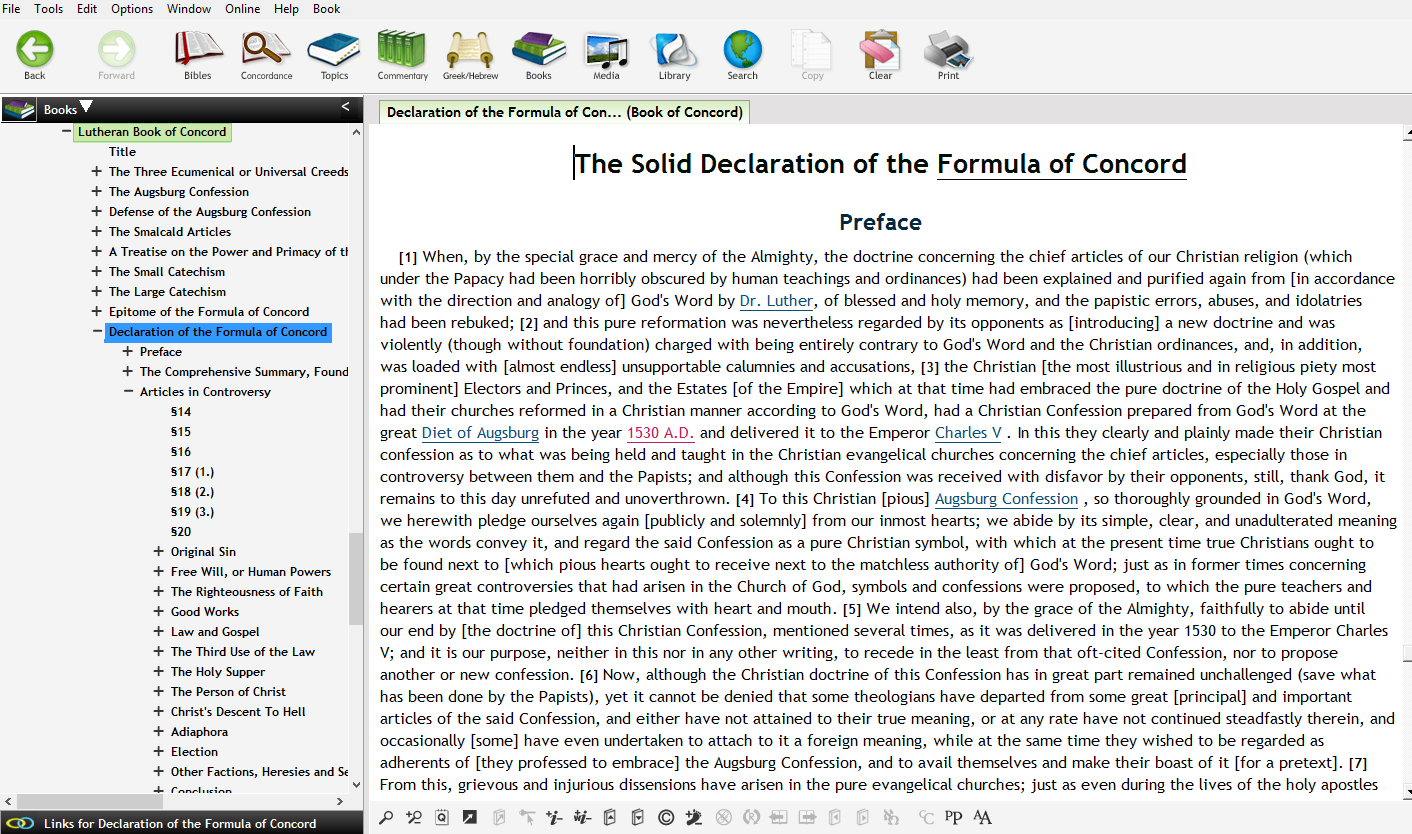 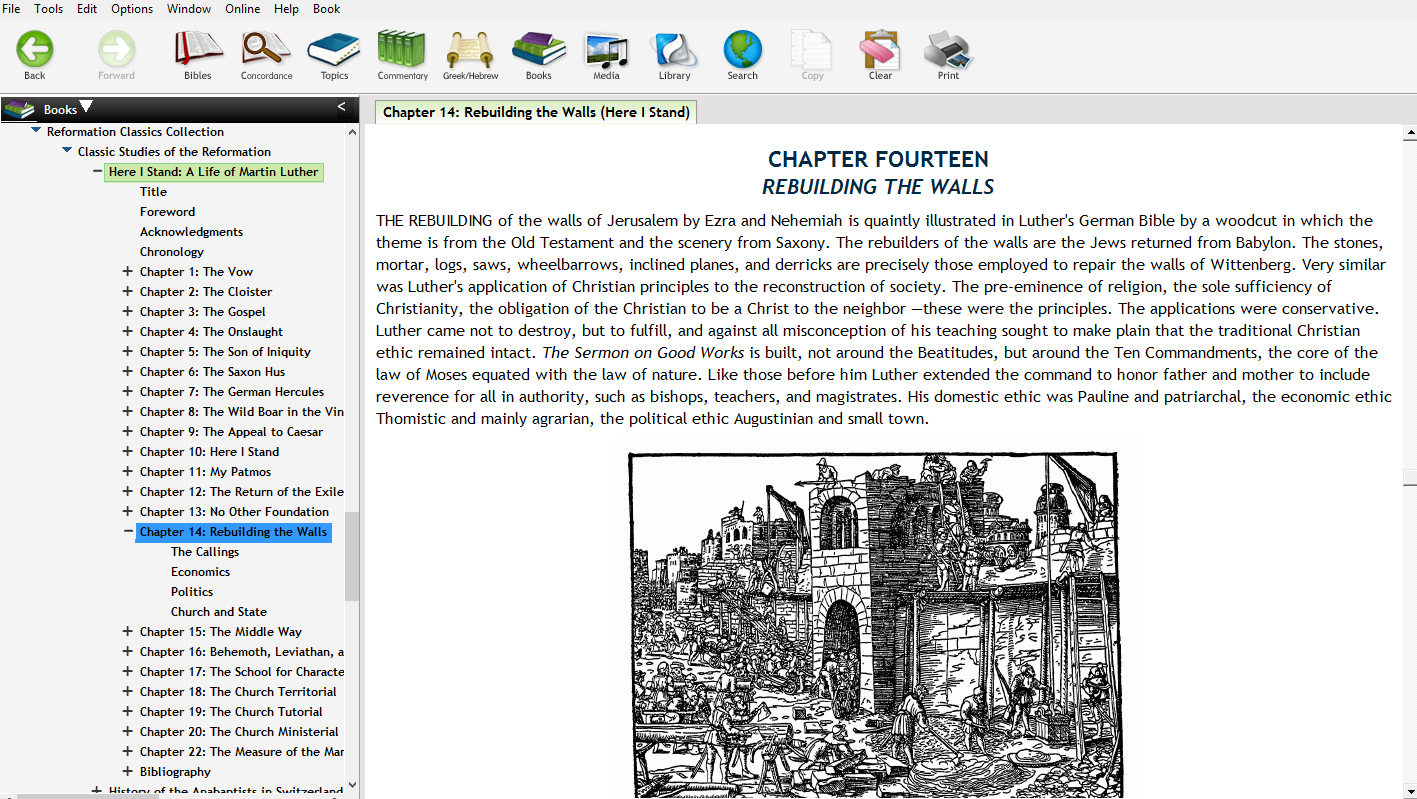 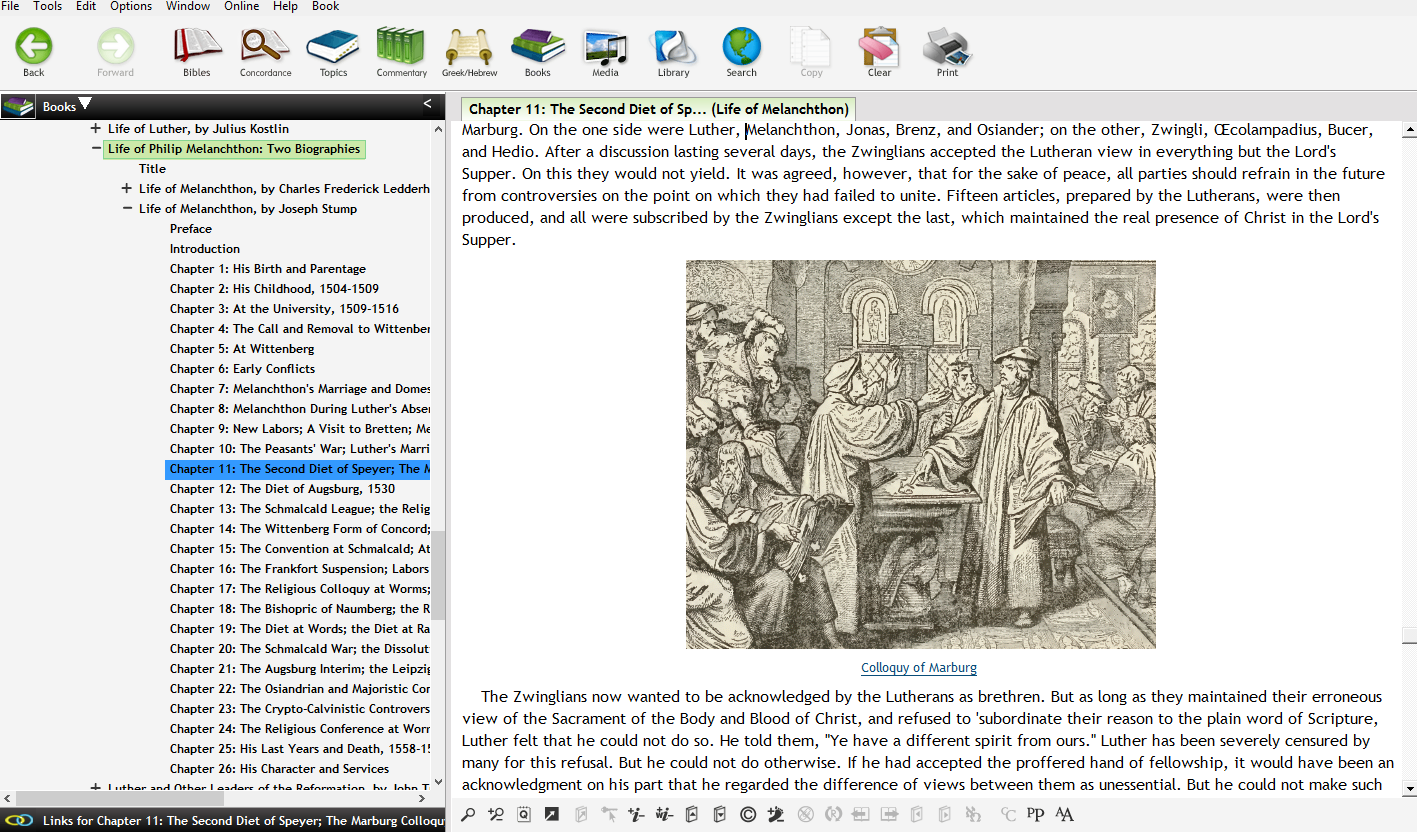