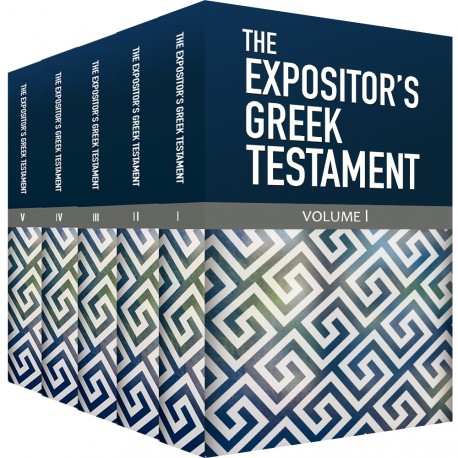 5 Volumes that make up one of the most important commentaries on the Greek New Testament text.

One of the most respected commentaries on the Greek text of the New Testament, this 5-volume Expositor's Greek Testament drew from the scholarship of twenty contributors under the oversight of William Robertson Nicoll, perhaps the greatest religious editor of all time. In addition to the original Greek text, this extensive reference work contains textual, literary and grammatical commentary on nearly every Greek word in the entire New Testament.

You don't have to be a Greek scholar to benefit from this tremendous work. This extensive commentary, in combination with the power of PC Study Bible, will bring new clarity to your Bible studies. 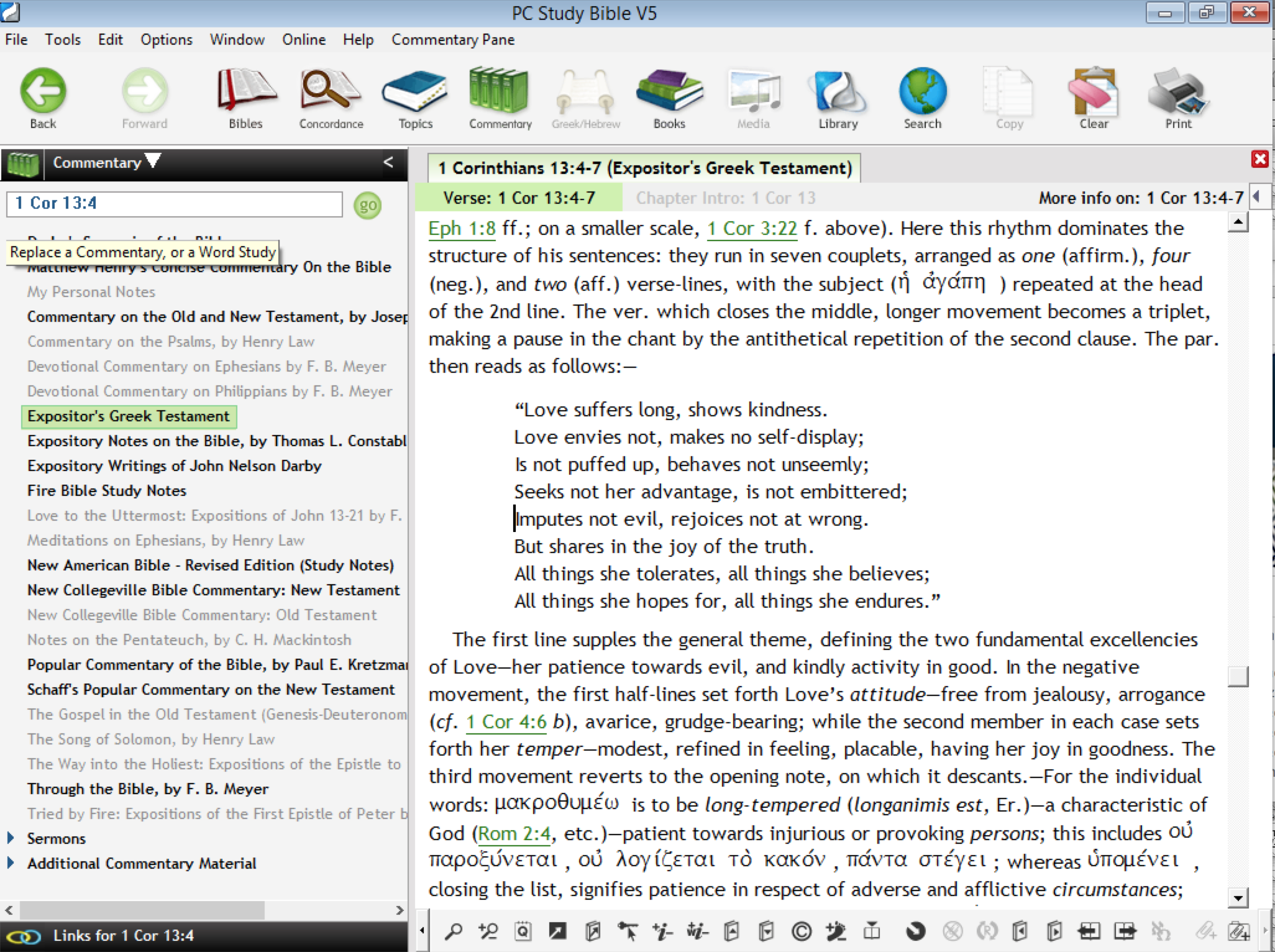 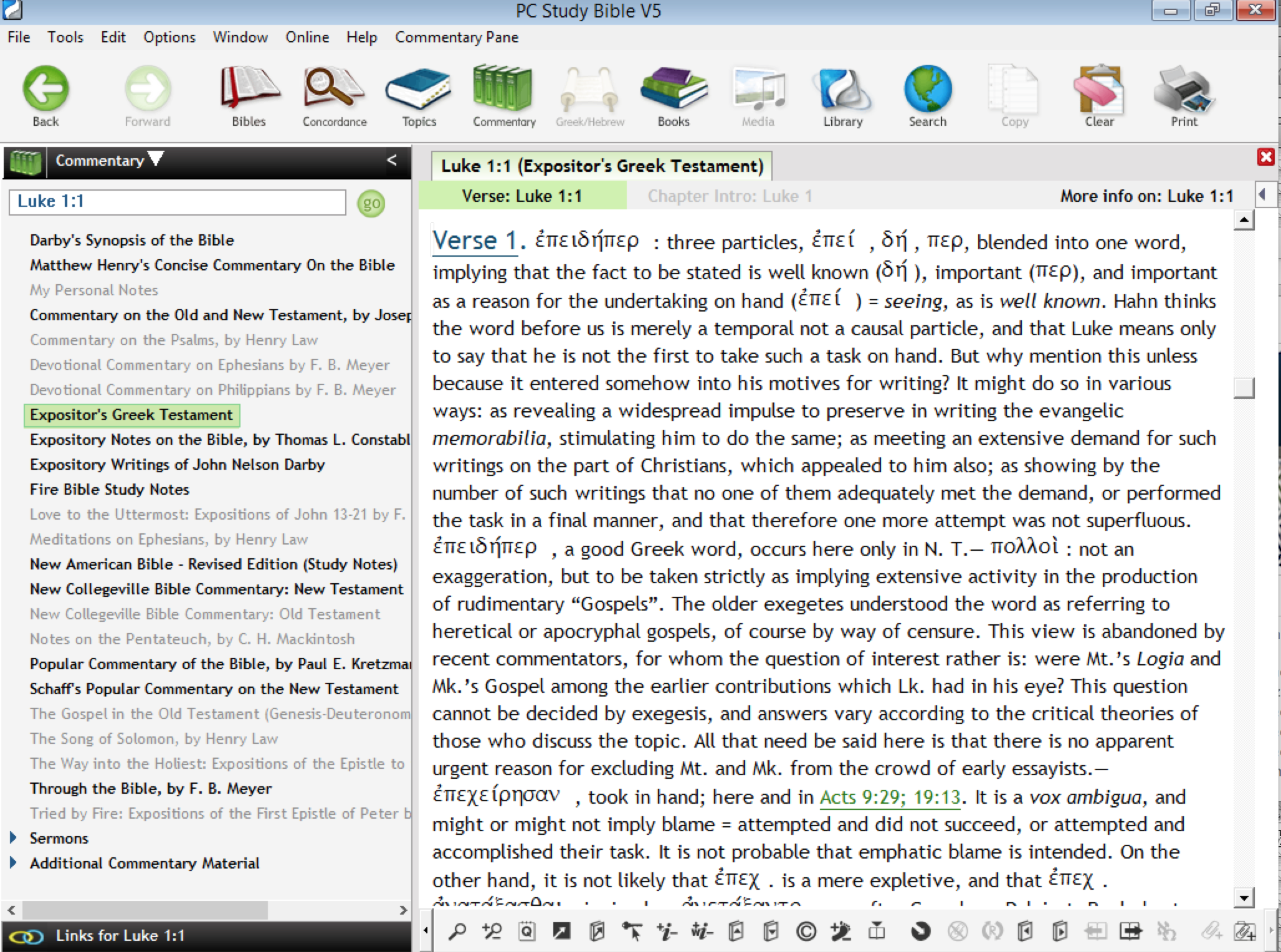 Nicoll was born in Lumsden, Aberdeenshire, the son of a Free Church minister. He was educated at Aberdeen Grammar School and graduated MA at the University of Aberdeen in 1870, and studied for the ministry at the Free Church Divinity Hall there until 1874, when he was ordained minister of the Free Church at Dufftown, Banffshire. Three years later he moved to Kelso, and in 1884 became editor of The Expositor for Hodder & Stoughton, a position he held until his death.

In 1885 Nicoll was forced to retire from pastoral ministry after an attack of typhoid had badly damaged his lung. In 1886 he moved south to London, which became the base for the rest of his life. With the support of Hodder and Stoughton he founded the British Weekly, a Nonconformist newspaper, which also gained great influence over opinion in the churches in Scotland.

Nicoll secured many writers of exceptional talent for his paper (including Marcus Dods, J. M. Barrie, Ian Maclaren, Alexander Whyte, Alexander Maclaren, and James Denney), to which he added his own considerable talents as a contributor. He began a highly popular feature, "Correspondence of Claudius Clear", which enabled him to share his interests and his reading with his readers. He was also the founding editor of The Bookman from 1891, and acted as chief literary adviser to the publishing firm of Hodder & Stoughton.