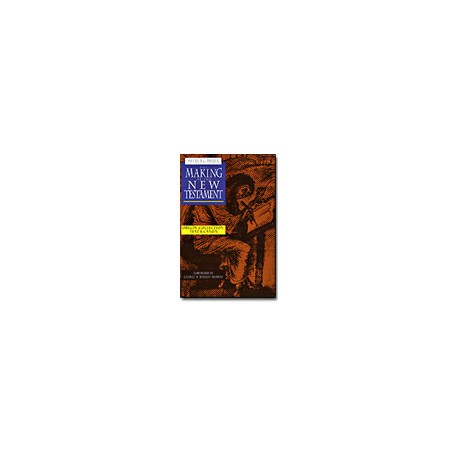 Making of the New Testament

A comprehensive introduction to matters concerning the origin and formation of the NT canon, textual criticism, and historical criticism. By Arthur G. Patzia.

Discover the Fascinating Story of the Origin of the New Testament

Topical searches are enhanced by a complete glossary and frequent links within the text. In-depth study is aided through explanations of difficulties regarding parablepsis , omitted text, dittography , word repetition, and metathesis , changes of letter order within words. Also included are appendices that list significant leaders of the early church, early manuscripts specifying the textual portions of the New Testament contained, and early and later canonical lists of the New Testament. Where present in the print edition, photos, charts and information tables are carried over and dynamically linked to other resources within PC Study Bible.