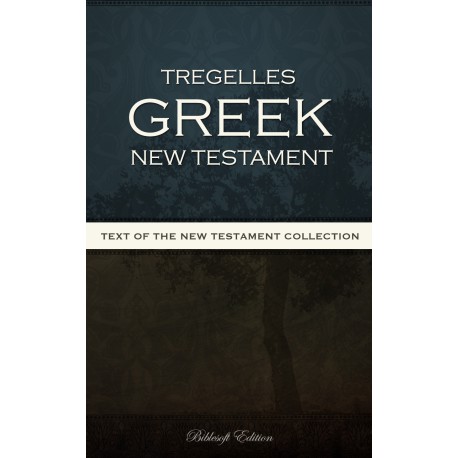 Tregelles’s Greek text belonged to the first generation of critical texts that departed from the Textus Receptus as printed in the previous 350 years.

In order to understand where the textual criticism of the New Testament is at the moment, it is of crucial importance to know how we arrived at this point. The principles Tregelles laid down, and the result of these principles (alongside the evidence he provides for and against his choice of text), are part of the history of the discipline and form an important contribution to that discipline.

Tregelles can arguably be described as a theologically conservative scholar. There is a sense in which this conservatism shines through in his method. Tregelles had come to the conclusion that any speculation and reliance on a constructed history of transmission was a dangerous thing to do, but that the only sure ground for establishing the text of the New Testament was to limit oneself to what can be seen in the manuscripts as surviving artefacts. Tregelles combined this notion with his conviction that theology should follow from the text, and that therefore he stood under an obligation to print the text established to the best of his abilities.

Tregelles Greek text will be beneficial for my theological studi