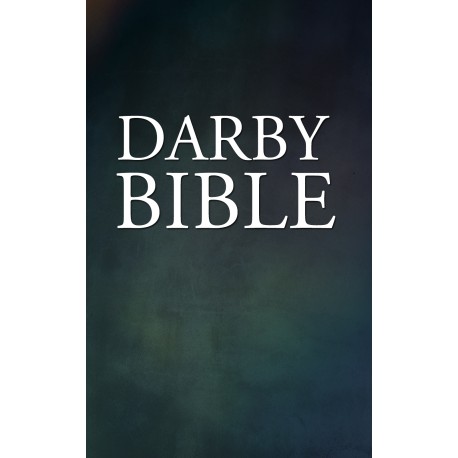 Darby's English translation of the Bible, first published in 1890.

This English translation was begun by Darby well before his death in 1882 – the New Testament was already complete (published in 1884, based upon his 1871 edition). Darby had earlier translated the Bible into German (1854, 1869) and French (1859, 1878-80), and was actively involved in issues and matters of textual criticism. Some of these issues are discussed in the prefaces to the 1871 and 1884 editions. The entire Bible was published in 1890. Darby was largely critical of the Revised Version of the New Testament, having published his Letters on the Revised New Testament in 1881. These criticisms appear to some extent also in the prefaces, as a testament to his scholarship and devotion to the Biblical text.

NOTE: This title is included in the Version 5 and OneTouch Libraries.