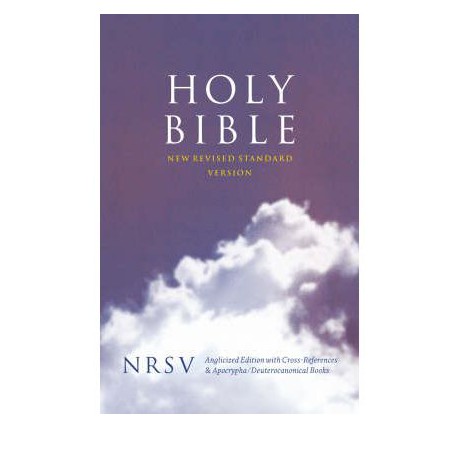 Rooted in the past, but right for today, the New Revised Standard Version continues the tradition of William Tyndale, the King James Version, the American Standard Version, and the Revised Standard Version. Equally important, it sets a new standard for the 21st Century. The NRSV stands out among the many translations because it is "as literal as possible" in adhering to the ancient texts and only "as free as necessary" to make the meaning clear in graceful, understandable English. It draws on newly available sources that increase our understanding of many previously obscure biblical passages. These sources include new-found manuscripts, the Dead Sea Scrolls, other texts, inscriptions, and archaeological finds from the ancient Near East, and new understandings of Greek and Hebrew grammar.

Some improvements over the Revised Standard Version: