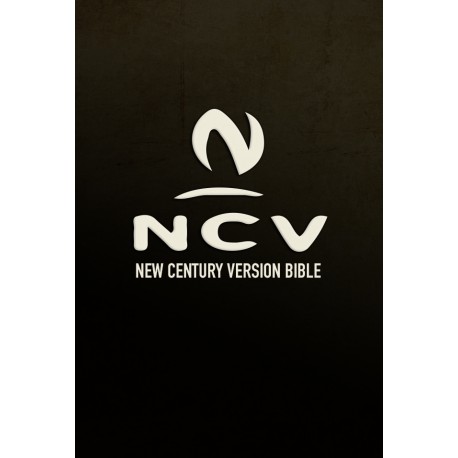 The Easiest to Understand Translation

The Easiest to Understand Translation™

God intended for everyone to be able to understand his Word. So just as Jesus, the Master Teacher, taught spiritual principles by comparing them to such familiar terms as pearls, seeds, rocks, trees and sheep, the New Century Version translates the Scriptures in the familiar, everyday words of our times.

A Trustworthy Translation The first concern during the NCV translation process was that the translation be faithful to the manuscripts in the original languages. A team composed of the World Bible Translation Center and fifty additional, highly qualified and experienced Bible scholars and translators was assembled. The team included people with translation experience on such accepted versions as the New International Version, the New American Standard Bible, and the New King James Version. The most recent scholarship and the best available Hebrew and Greek texts were used, principally the third edition of the United Bible Societies' Greek text and the latest edition of the Biblia Hebraica, along with the Septuagint.

A Clear Translation The second concern was to make the language clear enough for anyone to read the Bible and understand it for himself. In maintaining clear language, several guidelines were followed: