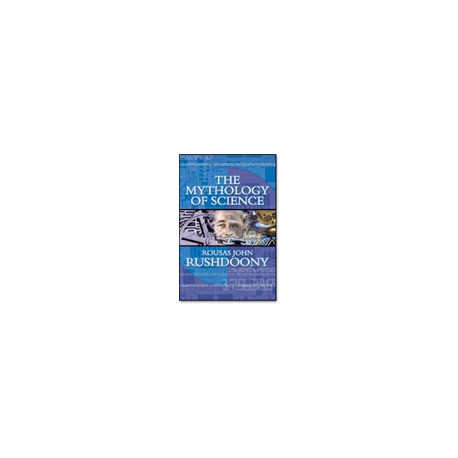 The Mythology of Science

Rousas John Rushdoony defines the nature of the opposing religious systems of thought: Christian creationism and Darwinism in its various forms.

Originally published in 1967, this book points out the fraud of the empirical claims of much modern science since Charles Darwin. This book is about the religious nature of evolutionary thought and how these religious presuppositions underlay our modern intellectual paradigm, and are deferred to as sacrosanct by institutions and disciplines far removed from the empirical sciences.

The "mythology" of science is its religious devotion to the myth of evolution. In evolution, man is the highest expression of intelligence and reason, and such thinking will not yield itself to submission to a God it views as a human cultural creation, useful, if at all, only in a cultural context. Evolution is popular because it is a useful paradigm to sinful men; it dispenses with God as a prerequisite of all things.

The purpose of this book is to define the nature of the opposing religious systems of thought: Christian creationism and Darwinism in its various forms. Christianity, like evolution, uses circular reasoning; we begin and end with faith in God and His revelation.