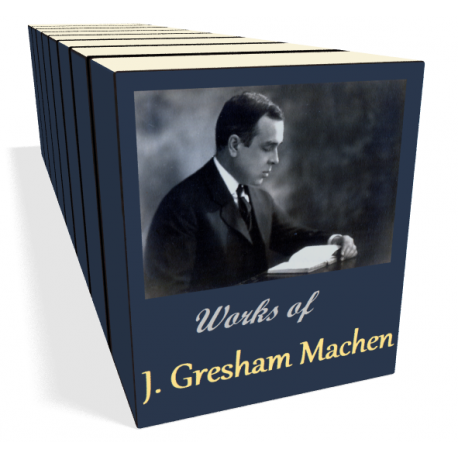 Select your Download Version to the right; PC and MAC Version available

J (John) Gresham Machen (1881-1937) was a leading Evangelical figure in the first decades of the 20th century, serving as Professor of New Testament studies at Princeton Seminary between 1906 and 1929, and thereafter at Westminster Theological Seminary, an institution which he helped to found. He was active in the so-called Fundamentalism vs. Modernism controversies of the time, especially in his efforts to maintain conservative Protestant (Reformed) theology both at Princeton and in the organizations of the Presbyterian Church. As such, his role in Apologetics and defense of Protestant orthodoxy, has made him a kind of hero for many Evangelicals today.

Machen was involved in the establishment and promotion of missionary organizations and also took a keen interest in the development of Christian education at the local church and school level. Best known as a theologian and apologist, he was first and foremost a commentator and exegete of the New Testament. Indeed, his introductory Grammar of New Testament Greek continues to be admired and used in seminaries today.

This collection includes ten of Machen's published works, displaying the range of his interests and expertise. His work as Professor of New Testament studies is shown in The Literature and History of New Testament Times (1915) and The Origin of Paul's Religion (1921). The concern he showed for Christian education is also evident in the teaching manual Teaching the Teacher: A First Book in Teacher Training (1921), which offers insights still valuable for churches and Christian schools today. Of course, Machen is most famous for his efforts in the field of Apologetics, in defense of Protestant orthodoxy and the Evangelical (Reformed) Faith. The conflict with liberal theological views and "Modernism" is well represented in his landmark works Christianity and Liberalism (1923), The Christian Faith in the Modern World (1936), and in the various lectures and addresses such as "What Is Faith?", "What Is Christianity?", "God Transcendent", and many others found in several of the titles included in this collection. Of special interest are the articles he published for the Princeton Theological Review between 1905 and 1927 (here as the title Christianity and Culture)—especially those on the birth of Jesus which would form the core of his later classic The Virgin Birth (1930, not yet available).

BUNDLE AND SAVE! Purchase the Classics of Princeton Theology (33 vols).

Titles in this collection:

Also available separately, in addition to this collection, is God's Decrees and Man's Freedom {provide link}, a selection of addresses, originally given on radio prior to his death in 1937, and subsequently published in the book "The Christian View of Man". 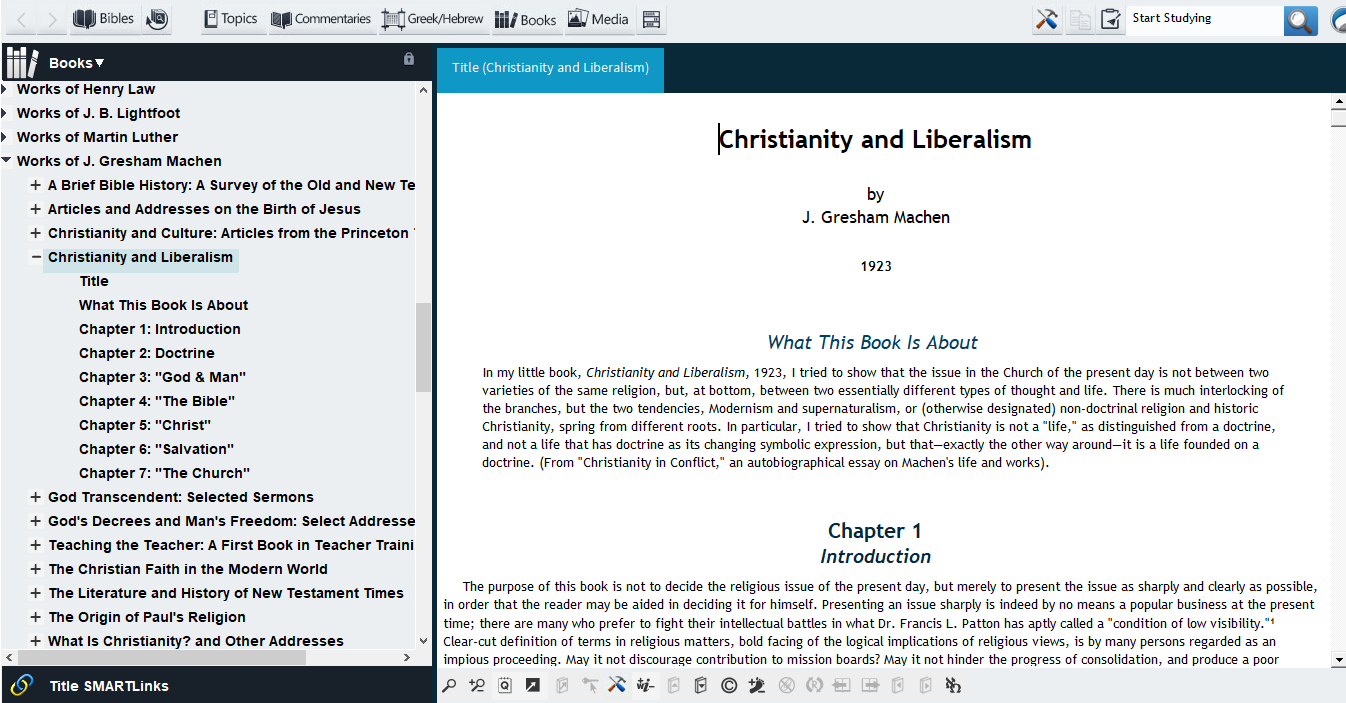 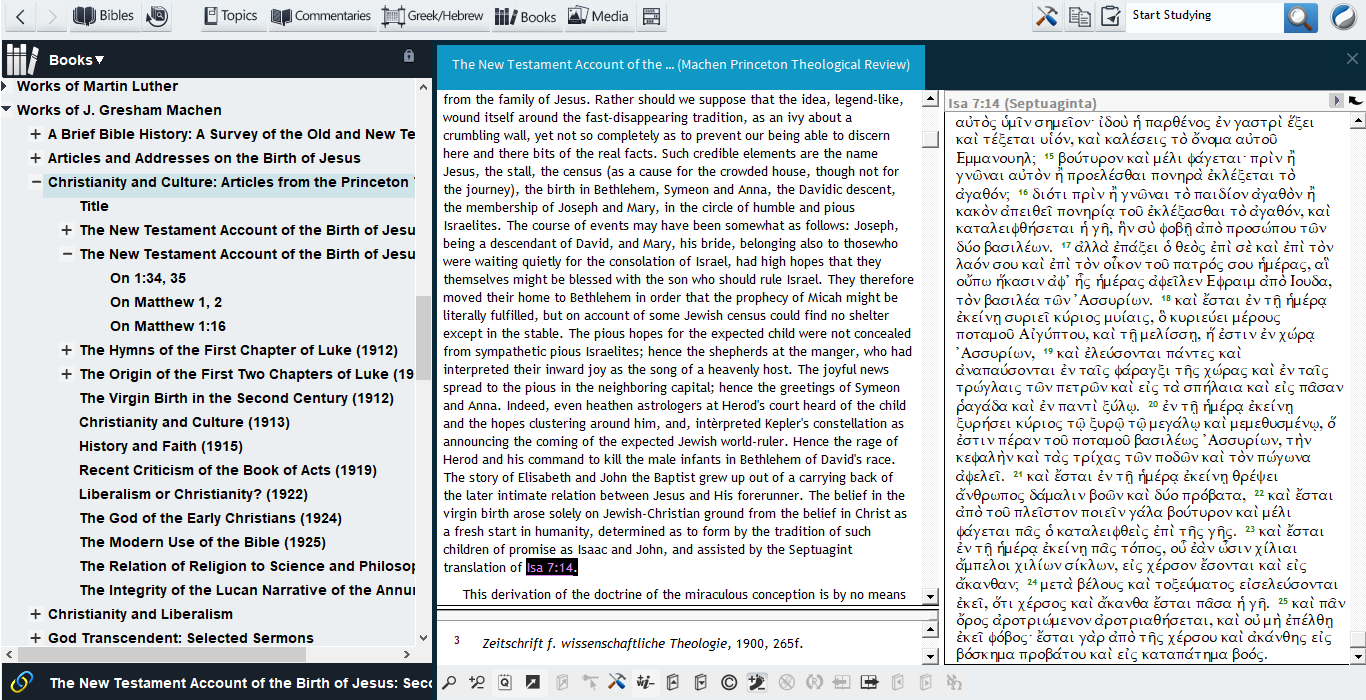 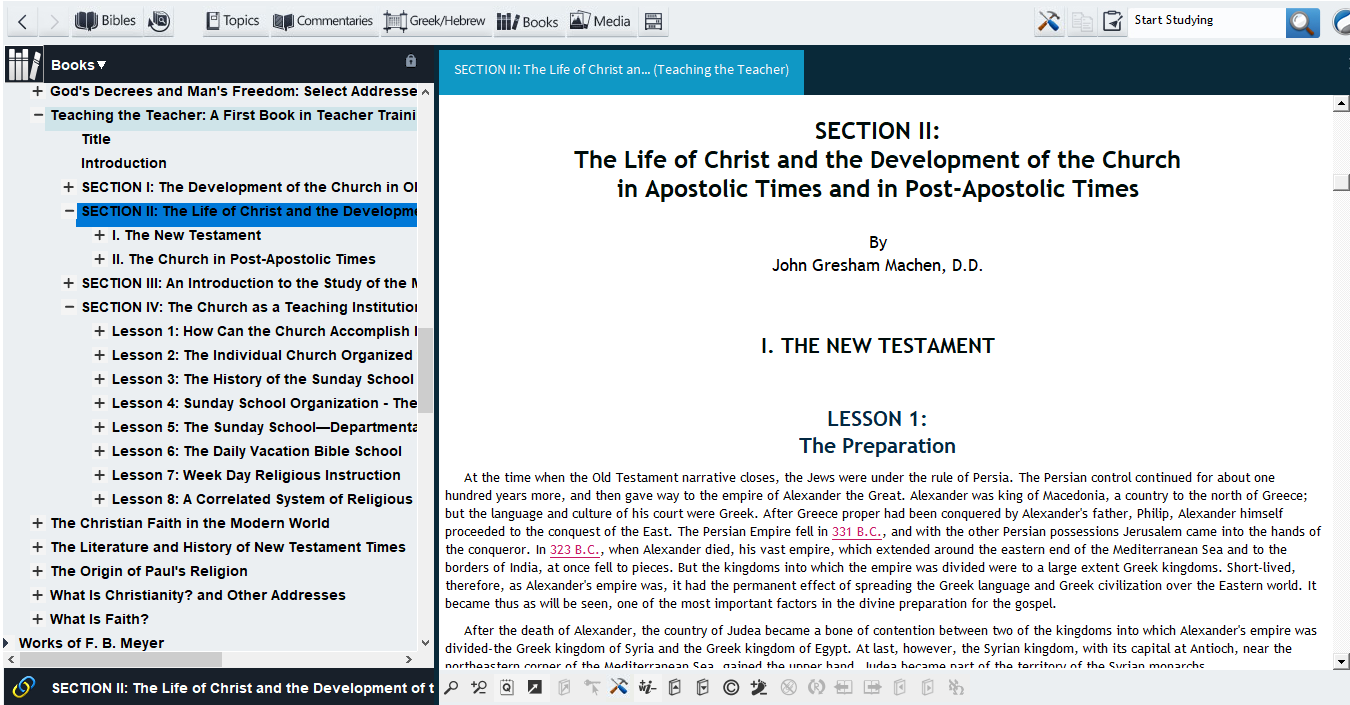 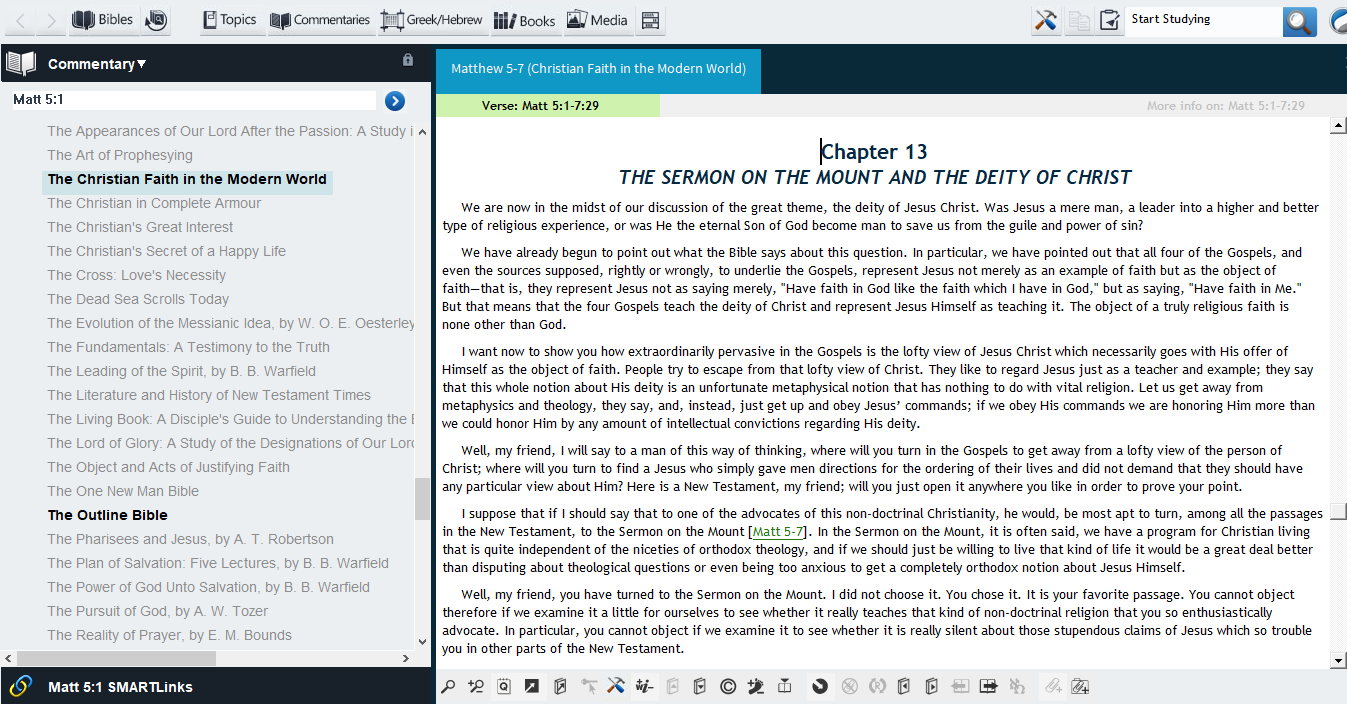 You will find all of these titles grouped under the heading "Works of J. Gresham Machen" in the Books menu category. Also, a number of sections in these works will be accessible by Bible verse from the Commentary menu (under "Additional Commentary Material")