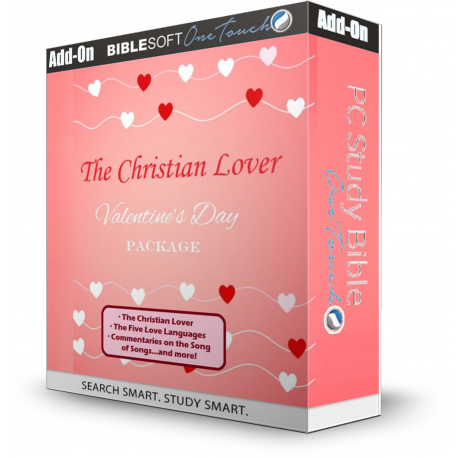 A collection of writings dealing with love and marriage among believers, including the Five Love Languages series.

This special collection deals with the theme of love, marriage and personal relationships among believers. Featured is the seven-volume The Five Love Languages set (also available separately), along with The Christian Lover: The Sweetness of Love and Marriage in the Letters of Believers (available for separate purchase, or as part of the Ligonier Ministries Library). The theme of sexuality, as believers struggle living in a sinful world, is addressed in Eros Defiled: The Christian and Sexual Sin, by John White.

This collection also offers five selected commentaries on the Song of Songs, the great collection of love poems in Scripture. Dating from the 18th to the late 20th century, these commentaries represent a range of approaches for interpreting this famous and often enigmatic book:

And, in addition, we include a set of BONUS images, handsome photos & images from Daily Life and Nature, in partnership with the GoodSalt Image library. You can purchase beautiful, high-resolution versions of these and many more images direct from GoodSalt.

Finally, as a FREE promotional item, we include Enhancing Your Marriage: A Women's Bible Study, by Judy Rossi (part of the Following God Series).