> Christian Living & Spirituality>How Should I Live in This World by R. C. Sproul 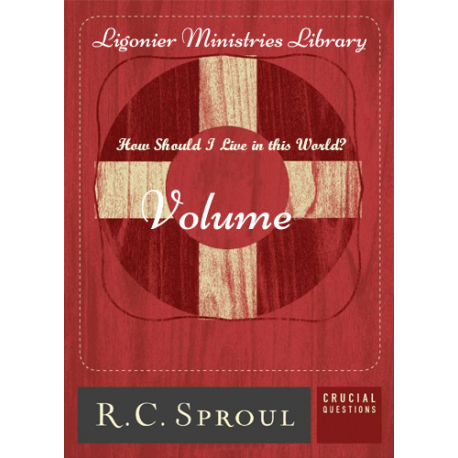 How Should I Live in This World by R. C. Sproul

A classic study on the Christian Life by popular author and theologian R. C. Sproul.

R. C. Sproul deals with the perennial challenge of how believers should conduct themselves in the modern world. It is part the Crucial Questions Series, a thorough introduction to matters critical to Christian life.

Note: This title is also available as part of the 18-volume Sproul collection, as well as the Ligonier Ministries Library.

Who Are the Poor?

“The poor you always have with you” (John 12:8). This statement by Jesus has been taken by some as license to neglect the poor, as if Jesus were saying, “Oh, well, we always have poverty in our midst, so don’t worry about it.” Jesus recognized the perpetual plight of the poor, not to ignore it, but to call the Christian community to constant diligence in dealing with the problem.

In identifying the poor described in the Bible, we can distinguish at least four major categories of poor people. What follows is a brief description of each group.

1. The Poor as a Result of Slothfulness. The Bible speaks of those who are poor because they are lazy, refusing to work. This indolent group receives sharp criticism from God and comes under His holy judgment. Karl Barth listed sloth as one of the primary and foundational sins of man, along with pride and dishonesty. It is to the slothful that God says, “Go to the ant, O sluggard; consider her ways” (Prov 6:6), shaming the lazy by telling them to look to insects for instruction. It is this group Paul undoubtedly has in mind when he says, “If anyone is not willing to work, let him not eat” (2 Thess 3:10).

Since the Bible criticizes the lazy poor, some have jumped to the conclusion that indolence and poverty are synonymous. Some assume that poverty is always and everywhere a sign of sloth. Thus, the poor can be righteously shunned as they are left to suffer their “just penalty for sloth.” Such an attitude reflects a woeful ignorance of or callous disregard for distinctions the Bible forces us to make. There are other reasons for poverty.

2. The Poor as a Result of Calamity. The Scriptures recognize that many are left in poverty because of the ravages of disease or disasters. The man born blind, the person left crippled by an accident, the farmer whose crops have been destroyed by flood or drought-all of these have just cause for their impoverished estate. These people are victims of circumstances not of their own making. For these poor, the Bible adopts an attitude of compassion and genuine charity. It is the responsibility of the people of God to see to it that the suffering of these people is ameliorated. They are to be a priority concern of the church. These are the hungry who are to be fed, the naked who are to be clothed.