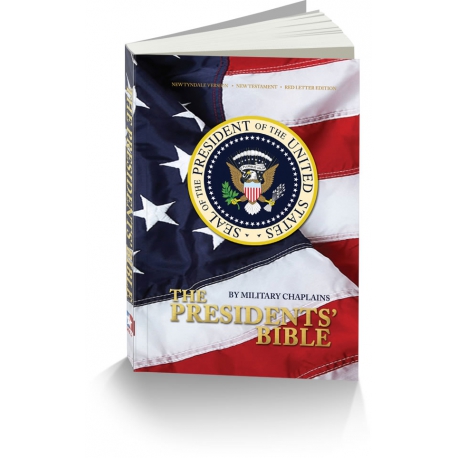 The President's Bible is a wonderful collection of US Presidents comments and compassion for God's Word wrapped in Tyndale's New Testament Version. You will not want to miss including this Bible in your collection!

The Presidents' Bible by Military Chaplains, published by James F. Linzey, president of the Military Bible Association and managing editor of the NTV.
About Jim Linzey
No stranger to the cameras and lights, Jim has appeared on all major television networks including ABC, CBS, NBC, TBN, Daystar, GLC, and CNN. He had his own shows at the legendary Alamo Village where John Wayne filmed The Alamo, and hosted Operation Freedom television programs. Recently he starred in the movie Iniquity, an updated version of the story of David and Bathsheba. His role was that of a military chaplain.