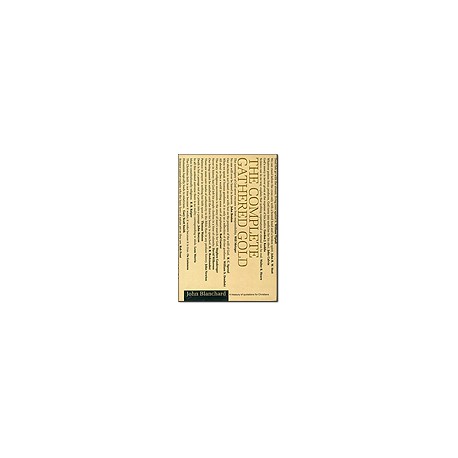 A compilation of over 16,000 quotes on over 600-plus subjects. By Dr. John Blanchard

Complete Gathered Gold by John Blanchard is a 2006 compilation of over 16,000 quotes on over 600-plus subjects. The quotes are drawn from the ancient writers of Antiquity up to the current defenders of Christianity. Topics range from contemporary issues like abortion to timeless Christian truths like Grace and Faith. John Blanchard, who admits he is fascinated by the pithy statements encapsulated in quotes, has spent 22 years creating a worthy collection of quotes that is sometimes inspiring, sometimes thought-provoking, sometimes humorous, and always enjoyable.

Widely acknowledged as one of the best quote books on the market, Complete Gathered Gold is full of gems from people as diverse as Augustine to Albert Einstein, and has notable entries from influential women including Amy Carmichael, Corrie ten Boom and Ruth Bell Graham.