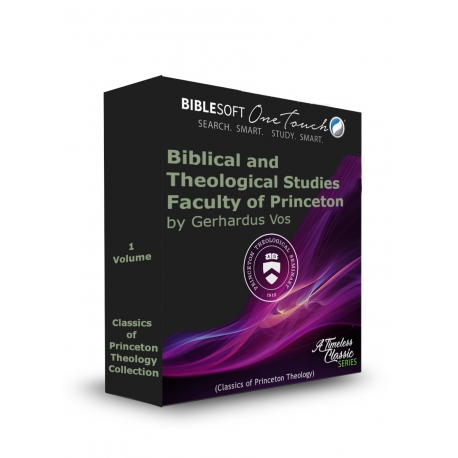 The Eschatological Aspect of the Pauline Conception of the Spirit, by Gerhardus Vos

It is true that contemporary Judaism had not consistently kept the Messiah and his work in that central place of the eschatological stage which the Old Testament assigned to him. From within the coming aeon he had been removed to its threshold, and his kingdom relegated to the rank of a mere provisional episode in the great drama of the end. This, however, was due to the inherent dualism of the Jewish eschatology. Because it was felt that the earthly and the heavenly, the sensual and the spiritual, the temporal and the eternal, the political and the transcendental, the national and the cosmical would not combine, and yet neither of the two could safely be abandoned, the incongruous elements were mechanically forced together in the scheme of two successive kingdoms, during the former of which the urgent claims of Israel pertaining to this world would receive at least a transient satisfaction, whilst in the latter the higher and broader hopes would find their everlasting embodiment. Under this scheme the Messiah and his work inevitably became associated with the provisional, temporal order of affairs and ceased to be of significance for the final state.