> Theology and Doctrine>World Religions and Cults>Voices Behind the Veil: The World of Islam through the Eyes of Women
Reduced price! 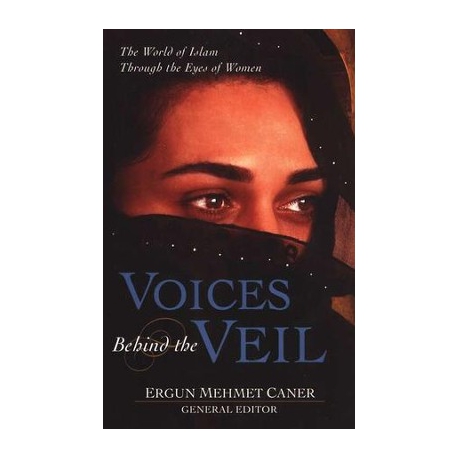 Voices Behind the Veil: The World of Islam through the Eyes of Women

An unprecedented, sympathetic, and systematic exploration of the mysterious world of Islamic women, written by evangelical Christian women who have seen the other side.

An unprecedented, sympathetic, and systematic exploration of the mysterious world of Islamic women, by women who've been there. More than half a billion women live their entire lives peeking out from behind heavy veils. Theirs is a mysterious, misunderstood life often lived without hope and under great persecution.

This groundbreaking book is written by evangelical Christian women who have seen the other side. Ranging from missionaries in Islamic countries, to former reporters and columnists, the contributors give a powerful and unsilenceable voice to the women behind the veil.

The Caners wrote Unveiling Islam to explain Islam to Christians. Most of the questions and objections considered were raised by Muslim scholars as reasons why they refuse to believe in Jesus Christ as the Son of God and Savior of humanity. Here lies the foundation of Islamic arguments against Christ and the stark points of contrast between the two religions.

After the release of Unveiling Islam , patterns of questions, whether from the secular media or Muslim ulema (scholars) began to develop. More Than a Prophet was born as they studied these patterns of objection and crafted responses to challenges posed by the critics of Christianity in a variety of settings.

The Understanding Islam Collection provides real-time resources for answering questions such as: “I have a Muslim friend. . . . How do I answer my Islamic friend, who says . . . ?”

10 other products in the same category: