> Theology and Doctrine>Works of Benjamin Breckinridge (B. B.) Warfield (21 vols)
Reduced price! 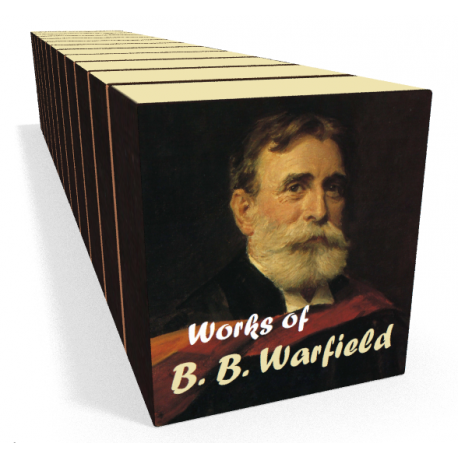 Works of Benjamin Breckinridge (B. B.) Warfield (21 vols)

21-volume collection of the writings of Benjamin Breckinridge (B. B.) Warfield (1851-1921), Professor of Theology at Princeton and a leading Evangelical figure of the early 20th-century.

Benjamin Breckinridge (B. B.) Warfield (1851-1921)was a prominent figure at Princeton Seminary, serving as Professor of Theology between 1887 and his death in 1921, as well as principal of the Theological Seminary from 1886 to 1902. He played a pivotal role in the so-called Fundamentalism/Modernism controversies of the later 19th and early 20th centuries, being a strong voice in defense of Protestant orthodoxy and conservative Reformed (Calvinist) theology. He wrote and lectured extensively, primarily in the fields of the history of doctrine and Apologetics, but his works cover a wide range of Christian thought and Biblical study. Somewhat more controversial today, perhaps, are his writings in opposition of a number of the popular Christian movements of the time, including forms of Revivalism, the Holiness Movement (Higher Life, Keswick), and the Oberlin theology of Charles Finney, etc. However, even at their most controversial, Warfield's writings remain full of historical interest, and show a keen critical eye, though typically centered on his distinct view of orthodox Protestant (Reformed) doctrine and the authority of Scripture.

BUNDLE AND SAVE! Purchase the Classics of Princeton Theology (33 vols).

At the core of this collection is a 10-volume set of Warfield's works (available for purchase separately), organized topically by subject:

In addition to this set, we include the following 11 titles: 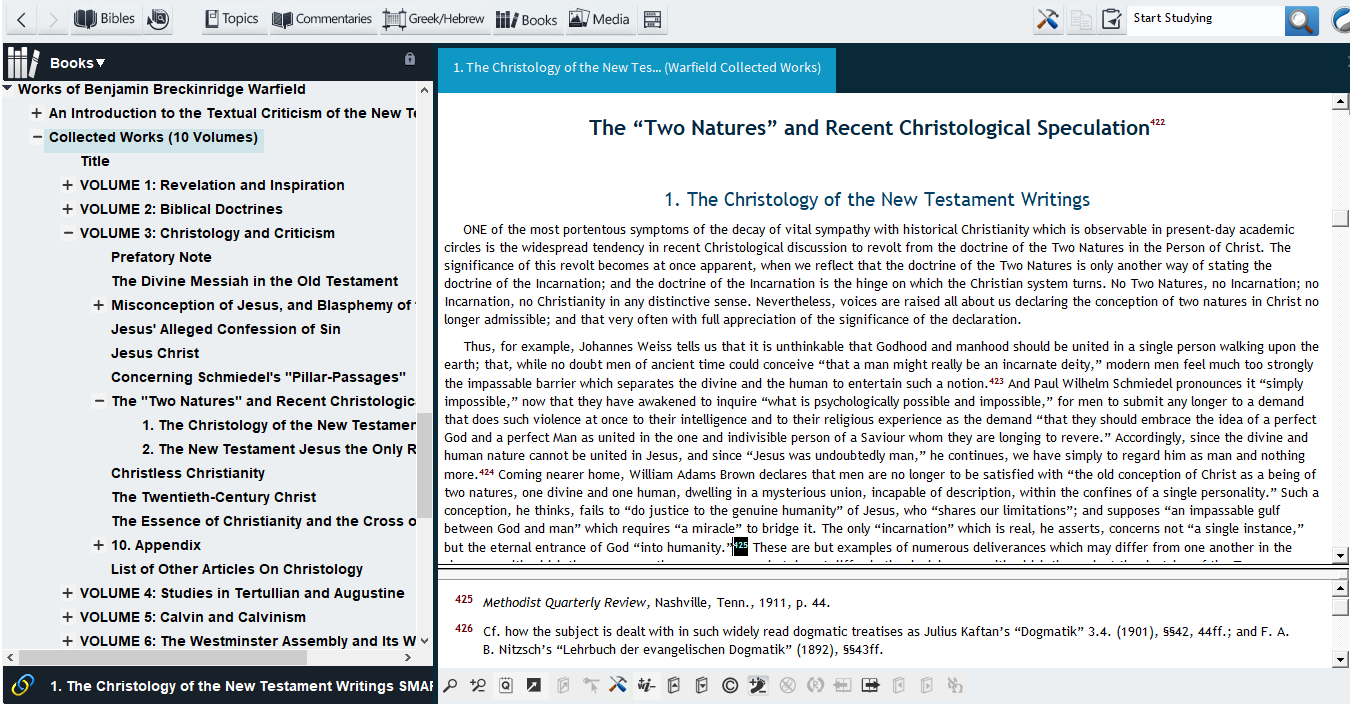 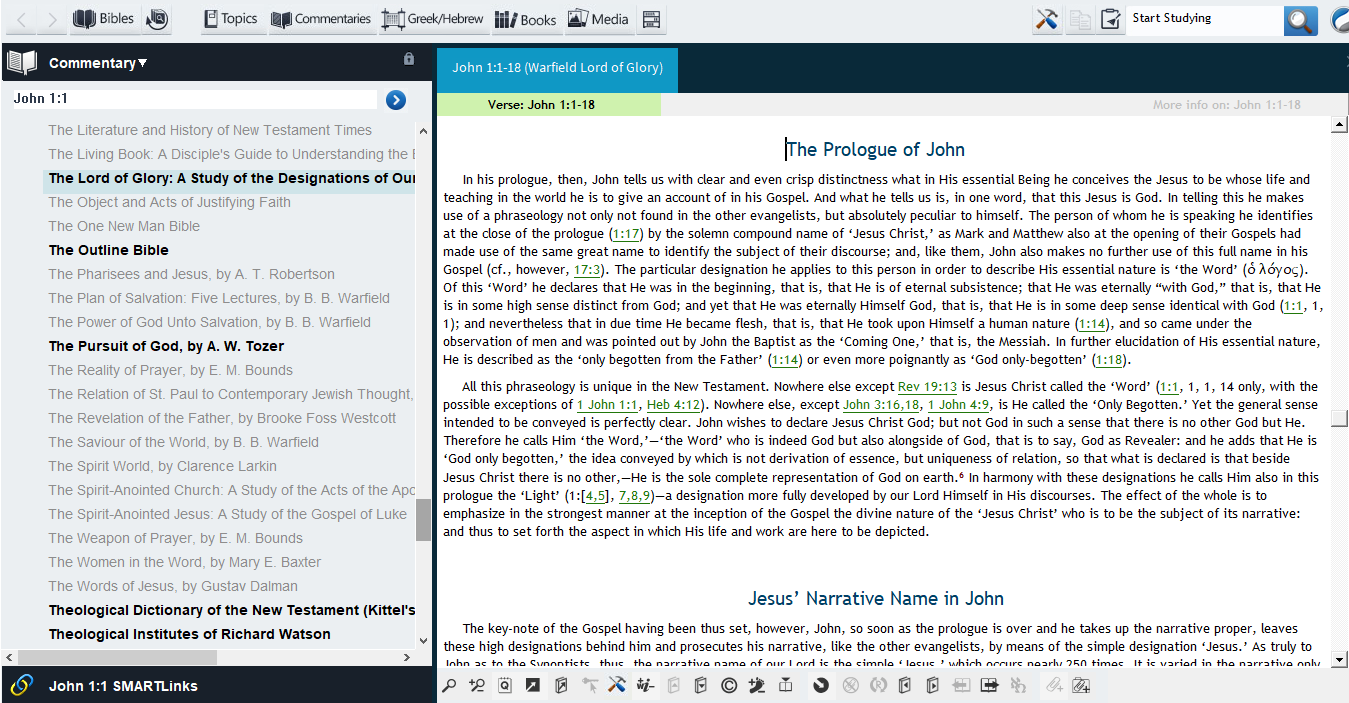 You will find all of these titles grouped under the heading "Works of Benjamin Breckinridge Warfield" in the Books menu category. Also, a number of sections in these works will be accessible by Bible verse from the Commentary menu (under "Additional Commentary Material")